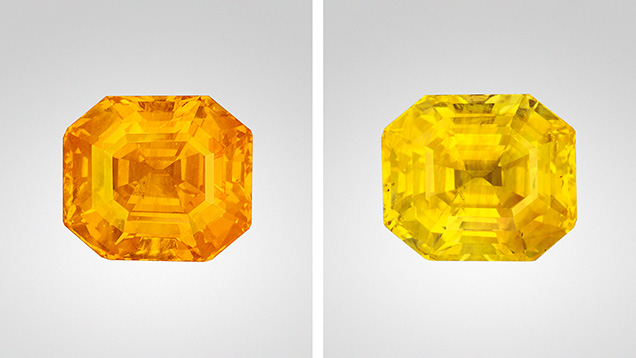 In recent years, one concern our laboratory has heard from clients and from other gemologists is the issue of color stability in corundum. Some sapphires, particularly those with a strong yellow component (including padparadscha sapphire), contain unstable color centers that may fade when the stone is exposed to light and/or heat (K. Nassau and G.K. Valente, “The seven types of yellow sapphire and their stability to light,” Winter 1987 G&G, pp. 222–231). We regularly test for this in the laboratory by conducting a fade test. Most of the sapphires we encounter that have an unstable color are unheated stones. 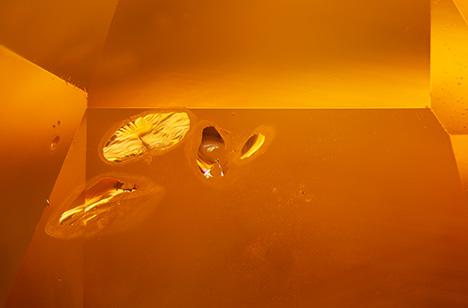 Figure 2. A cluster of glassy discoids suggests that this sapphire has been heat treated. Photomicrograph by E. Billie Hughes; field of view 4.0 mm. 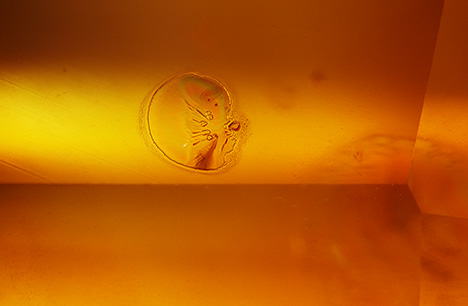 Figure 3. This small crystal with a melted appearance provides evidence that the specimen has undergone heat treatment. Photomicrograph by E. Billie Hughes; field of view 3.5 mm.

Recently an orange sapphire of approximately 10 ct was submitted for testing (figure 1). Microscopic examination revealed signs of heat treatment, with partially dissolved silk, several glassy discoids (figure 2), and melted crystals (figure 3). A fade test was conducted by placing the stone approximately 5 cm under a 120-watt incandescent spotlight for at least an hour, and a dramatic difference was observed. The color had changed from orange to a vivid yellow (again, see figure 1).

Under normal conditions, high-temperature heat treatment (at least 1200–1300°C) will bleach any color centers that might be present. This suggests that the orange color was activated after the heat treatment. It is possible that this occurred either by subjecting the stone to artificial irradiation or by placing it in sunlight (Nassau and Valente, 1987). However, we are unable to state definitively what process was used to activate the orange color.

Figure 4. Before a fade test, the unheated sapphire of approximately 18 ct displayed a highly saturated yellow hue (left). After a fade test involving light and mild heat, the color faded to a pale yellow (right). Once the stone was exposed to sunlight for 30 minutes, the more intense yellow color displayed before the fade test came back. The sapphire was then subjected to a light-only fade test, and the more saturated yellow color remained stable. Photos by Ronnakorn Manorotkul.

Several weeks later, we tested another yellow sapphire of approximately 18 ct (figure 4). In this instance, the stone’s features were consistent with those of unheated sapphire. Again, a fade test was performed with the 120-watt spotlight, which mildly warmed the stone to approximately 100°C. Its color also faded after the fade test, and the owner was informed. The owner explained that they had previously put the sapphire in direct sunlight, which would have brought the color back to what was likely its stable state, a process described by Nassau.

Upon seeing the color return after being placed in direct sunlight, we decided to try another fade test, this time using a light source that would not warm up the stone. An XD-300 xenon light source was used, and the stone was placed within 5 cm of a fiber-optic light guide connected to this source. After exposure to this cooler light source for over an hour, the color did not fade. This suggests that the mild heat of the 120-watt spotlight, not just the light, faded the stone’s color and that the more intense yellow color displayed after exposure to sunlight could indeed be considered the stable color.

We have since adjusted our fade tests to be light-only by switching to this cooler light source to avoid the heat generated with the 120-watt spotlight.

Our experience with these sapphires has been a fascinating case study in the color stability of yellow sapphire. This example reinforces the importance of considering all possibilities when testing stones in the laboratory. We do not fully understand the exact causes of these changes, and much remains to be learned.

E. Billie Hughes is a gemologist and co-founder of Lotus Gemology in Bangkok.

A color-change sapphire was recently submitted to the GIA lab in Carlsbad for an origin determination report.