Recently the Carlsbad laboratory received a transparent vivid orangy red rhodonite for identification service (figure 1). Standard gemological testing revealed a double refractive index of 1.727–1.738, and a specific gravity of 3.66 was obtained. The stone was inert to both long-wave and short-wave UV light. These properties were consistent with rhodonite (R. Webster, Gems, 5th ed., rev. by P.G. Read, Butterworth-Heinemann, Oxford, 1994, p. 365). Rhodonite, with the formula CaMn3Mn[Si5O15] (mindat.org), is a member of the triclinic crystal system and occurs in manganese-bearing rocks. 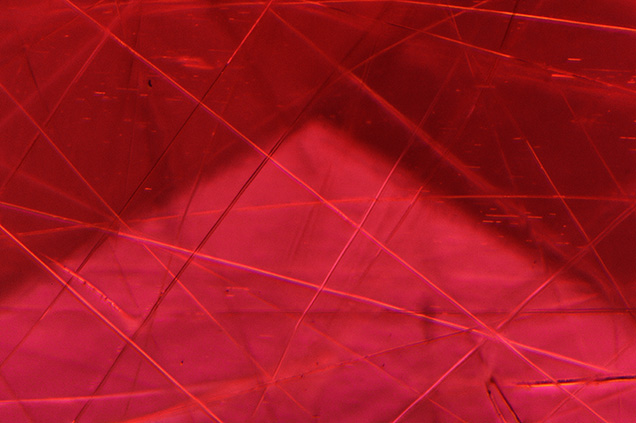 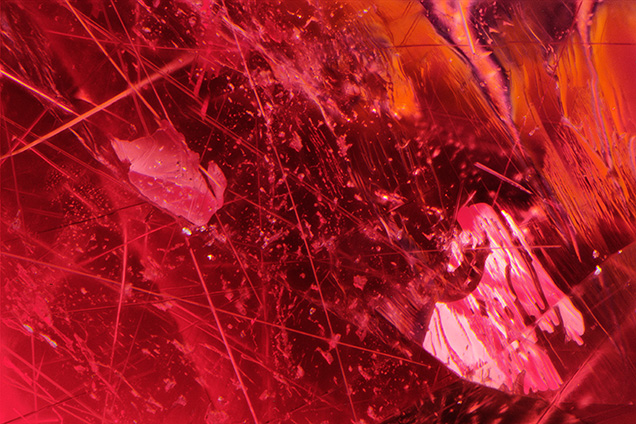 During microscopic analysis, scattered curved needle-like inclusions (figure 2) were observed as well as fractures with clarity-enhancing residue that also contained high-relief areas where gas bubbles were trapped (figure 3). Although the source of this particular rhodonite is unknown, curved needle inclusions in transparent rhodonite from Brazil were previously reported in 2004 and 2008 (Fall 2004 GNI, pp. 260–261). The appearance of the needle-like inclusions was consistent with those previously identified as cummingtonite (P. Leverett et al., “Ca-Mg-Fe-rich rhodonite from the Morro da Mina mine, Conselheiro Lafaiete, Minas Gerais, Brazil,” The Mineralogical Record, 2008, Vol. 39, pp. 125–130).

Amy Cooper is a senior staff gemologist at GIA in Carlsbad, California.

Transparent rhodonite is considered one of the most difficult of all gems to facet because of its perfect cleavage and brittle, uneven fracture.