The “Fragility of the Eternal” Kunzite: Origin, Cutting, and Identification

Figure 1. The pronounced pleochroism of the rough spodumene crystal weighing 2,950 grams, seen here in two orientations, was one of the properties that had to be considered during fashioning. Photos by Arjuna Irsutti.

Lapidary, the art of colored stone fashioning, is an art that requires a keen eye, talent, and great patience. Different gem materials have their particular quirks that must be considered when planning the various steps required to reach the ultimate goal of obtaining the most aesthetic stone while usually also optimizing weight yield.

Spodumene is known to challenge even the most experienced cutter owing to its high fragility, perfect cleavage planes, and unpredictability in different cutting directions. This is further magnified when the rough is exceptionally large and the cutter’s goal is to produce the largest faceted kunzite in the world.

This was author VT’s aim as he prepared to work on a piece of rough spodumene that weighed 2,950 g. The untreated crystal (figure 1) originated from Kunar Province in Afghanistan. Although a wide crack was visible at one end and about 30% of the opposite end contained numerous inclusions, the removal of both sections still left more than 1.5 kg of relatively clean rough after 20 hours of wire sawing (the safest method under the circumstances). Since the rough was oversized, some of the routine cutting accessories such as dops and transfer holders, as well as the cutting tactics, had to be adapted for the job.

Prior to the start of the process came the design element. No journey can be completed without knowing the destination, and so rather than playing it safe and opting for a simple design, the artist, VT, chose a truly challenging facet pattern of his own design that incorporated 914 facets. The “Fragility of the Eternal” design is based on the stained glass window of the iconic Notre Dame cathedral in Paris. The stone is the fifth in a series of six cut designs that fall under VT’s “World Heritage” project.

VT would also have to revise his usual strategy due to the size. So instead of cutting the pavilion first, followed by the girdle, crown, and finally the table facet, it was necessary to start with the table facet for this masterpiece. This presented its own challenges since the faceting required specialized equipment belonging to a friend in Moscow. The choice of equipment was also dictated by the material’s fragility and perfect cleavage, which prevented the use of coarse laps. This combined to make the work time-consuming, especially since large facets were the order of the day. 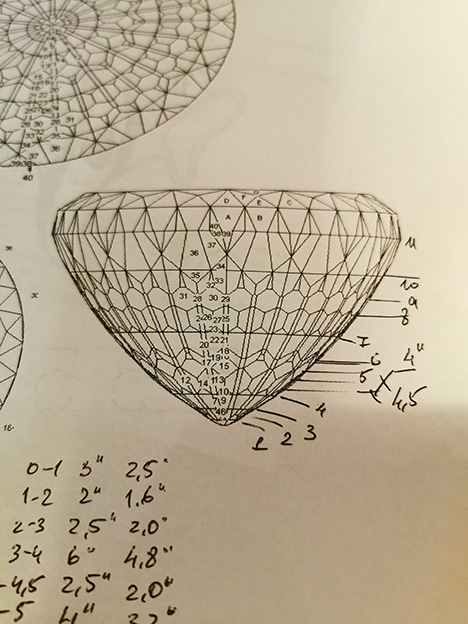 Figure 2. A working diagram showing the facet positions. These helped estimate the final weight of the finished stone before work began on the rough. Photo by Victor Tuzlukov.

The next step required the rough to be rounded in order to achieve the basic outline of the stone in its face-up position. This meant that sufficient pressure had to be applied to the 1.5 kg preform using both hands. Eventually the correct shape resulted. The diameter measured approximately 85 mm, while the table facet came in at 65 mm. This allowed the final weight to be approximated using formulas and the facet plan shown in figure 2. The result, between 2,500 and 3,000 ct, indicated that it would supersede the largest known faceted spodumene, an 1,800 ct green spodumene cut by John Sinkankas in 1959 that was destined for the Royal Ontario Museum in Toronto.

Although the rest of the preforming could not be done traditionally by hand, VT managed to use his faceting unit with custom-made dops provided by his friend and former student Danial Hu. The pre-faceting step took considerable time to complete because the goal was to create an important piece of art and each facet needed to be cut in a pattern that matched the stained glass window in the Notre Dame cathedral with a precision of tenths of a millimeter. Perhaps the most complex part of the process was creating 16 mains and 16 additional lines extending from the center (culet) to the girdle, each containing eight (main) and five (additional) parallel-sided facets, continuous with one another. An equally challenging task was ensuring the proportions were correct while cutting 18 rows of facets of different sizes and shapes, where one often does not depend on another, and finally making the last row of facets correspond exactly with the girdle, which was already pre-shaped. It was impossible to change the width of the final facets without breaking the pattern, which meant that the pavilion had to finish precisely where the girdle started. In other words, the width of all 18 rows had to be exactly proportional to the diagram. Another look at figure 2 is enough to show that the girdle does not simply separate the crown from pavilion as in traditional faceted stones: It is an essential element of the design.

Many chances for something to go awry existed during the cutting process. Only a slight error in judgment or calculation would result in disaster. For example, if the rows of facets were just a bit too wide, there would not have been enough space for the design and the pavilion would have required a complete recut. If some were too narrow, the girdle would have needed recutting, resulting in a smaller stone, which would also have meant recutting the table facet. Fortunately, the final facet positions aligned perfectly around the girdle, and the stone’s final diameter (83.7 mm) was off by just over 1.0 mm from the initial calculations. 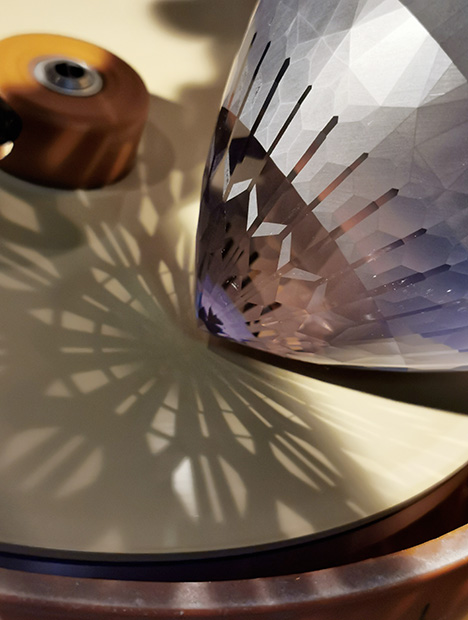 Figure 3. The polishing step on the stone’s pavilion begins to show the intricate optical effects of the completed piece. Photo by Victor Tuzlukov.

The next steps, pre-polishing and polishing of the pavilion facets (figure 3), were straightforward in comparison. Yet, as mentioned previously, the sheer size meant that the vertical pressure had to be applied equally over the whole stone during pre-polishing, requiring modification of the technique used for routine work on smaller stones. If too much force was applied to the left or right side, or back and forth, the facets would become too large and the pattern would be broken. To overcome this, the stone’s own weight provided sufficient force on the rotating lap so that the pressure was always equally distributed.

After more than two months of daily work, the pavilion was polished. The next step was transferring the stone to a new dop to polish the crown. Unlike traditional lapidary procedures, directly heating the stone as part of the transfer was not an option, as the process could crack the stone along the twin plane in the direction it needed to be dopped, and because the size was once again a factor when it came to how evenly the heat warmed the stone. This resulted in the application of a technique that the late Jeff Ford from Michigan shared with VT in 2006, using a combination of wax and superglue. The wax is placed on the hot dop, which is softened by the heat. The cold stone is then placed, pavilion first, in contact with the wax, and an impression of the surface is made in it. One drop of superglue is enough to secure the stone firmly in position, and it can be removed by reapplying a little heat to warm the wax again. 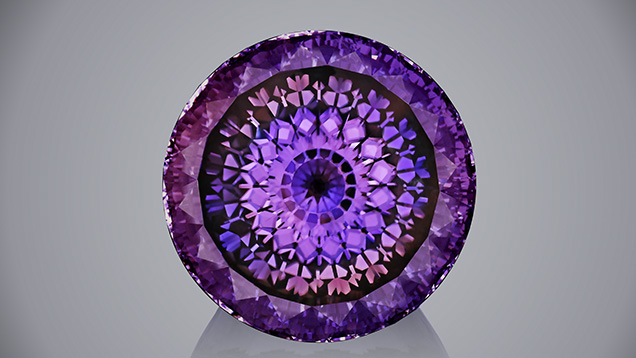 Figure 4. The 3,051 ct “Fragility of the Eternal,” containing 914 facets, is believed to be the world’s largest cut kunzite. Photo by Adisorn Wattanavanich.

After three months of work, the final polishing step was completed. The gem’s removal from the dop was an exciting moment, and it was wonderful to finally see the end product in all its glory (figure 4). The finished piece weighed 3,051 ct, very close to the maximum estimated weight of 3,000 ct.

The final step in the stone’s journey was its submission to GIA’s Bangkok laboratory for examination and a report. The gemologists were excited to study such a large kunzite, although the size, 83.75–83.79 × 65.00 mm, presented challenges that limited the testing equipment that could be used. Hence, basic gemological techniques came to the fore, with Raman spectroscopy the only advanced technique used as a final confirmation. The stone was found to be anisotropic with a loupe and microscopic observation up to 70× magnification, and this property was also apparent in terms of the strong pleochroism that could be easily seen as the stone was turned. The same purple and green colors are also clearly evident in figure 1.

The RI readings of 1.660–1.676 (birefringence of 0.016) together with the trichroic colors seen through a dichroscope showed it was optically biaxial. Inclusions such as growth tubes, transparent crystals, negative crystal fingerprints, and a “natural” retained on the girdle all proved the stone was natural. Combined with the weak and moderate orange zoned long-wave ultraviolet fluorescence reaction, the data were consistent with spodumene, kunzite variety.

Since the stone was cut and submitted by VT with a series of photographs documenting this fact, the GIA report (dated May 27, 2020) also mentioned that it was represented as cut by him. Since it was the largest known faceted kunzite examined by GIA at the time, and indeed the largest faceted example of its kind known to exist, a GIA Notable Letter was issued to accompany the report.

Victor Tuzlukov is a master gem cutter and researcher of precision and artistic faceting, Patcharee Kaewchaijaroenkit is staff gemologist at GIA, and Nicholas Sturman is a consultant to GIA, in Bangkok.

The Cutting Properties of Kunzite

The cutting of a one-kilo kunzite crystal demonstrates the problems inherent in working with this stone.