Outlook on Opals from Mexico and Australia

Emil Weis Opals (Idar-Oberstein, Germany) opened its doors in 1905, making it the oldest opal cutting company in the world. Idar-Oberstein was the only global gem cutting center at the time, and opal buyers from all major gem markets had to send rough there for cutting. Emil Weis catered to this niche market early on and has since branched into mining; the company now owns mines in Australia and Mexico. We sat down with Jürgen Schütz, part of the founding family at Emil Weis, to discuss their activities in the opal market.

Jürgen Schütz Reflects on the Opal Market
Jürgen Schütz discusses the demand and future potential for non-phenomenal and play-of-color opal.

Currently the company is cutting 50 different types of opal from all over the world, the majority of it from Australia and Mexico. Emil Weis sells more nonphenomenal opal from these countries than it does play-of-color opal. The Mexican boulder opals they had on display were such an example. These specimens are cut to include both opal and rhyolite matrix, which some jewelry designers like to use in their pieces. According to Schütz, the nonphenomenal “fire” opal from Mexico (figure 1) is the only opal mined in quantity that is clear enough for faceting. It ranges from colorless to a dark red that is comparable with ruby. This type of material is available in large quantities and can even be calibrated. 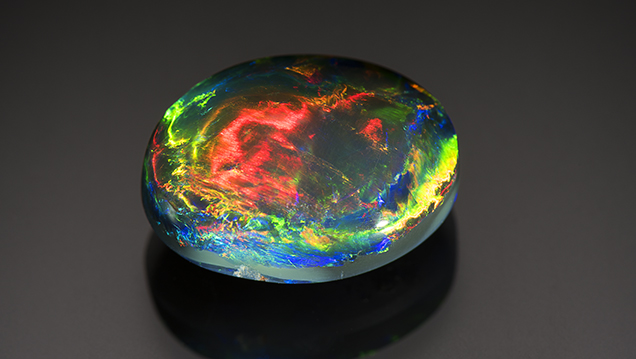 Schütz then discussed the shortage of and demand for Australian black opals (see figure 2). In the past, Japanese demand for black opals drove prices up, but when Japan’s economy slowed in the early 1990s, prices fell and production slowed. However, recent rumors that Chinese markets are interested in black opal have doubled prices. Schütz showed us a rare black opal suite from Lightning Ridge, Australia, which took years to collect. Emil Weis has had this suite for about 10 years; today, it would be impossible to assemble this combination of black opals due to low production. 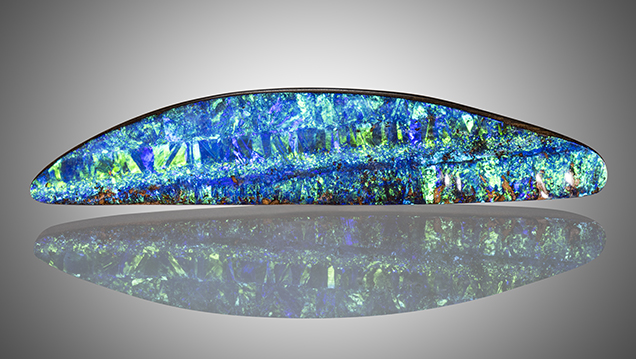 Figure 3. According to Schütz, the lack of active miners along the Queensland opal belt has led to a shortage of Australian boulder opal. Photo by Kevin Schumacher.

Production of Australian boulder opal (figure 3) is quite low. This is partially due to weather conditions, but Schütz noted that the boulder opal belt of Queensland is about 3,000 km long and 800 km wide, with only about 25 people mining it. This means that medium- to high-quality material is not produced in quantity. Schütz himself has connections with some of the older Queensland miners who have held on to parcels. Over the past two years he has been able to buy a parcel at a time from them. As a result, Emil Weis has a huge stockpile of boulder opal to cut, but does so sparingly.

Schütz noted that the supply of South Australian light opals is also severely constrained. When Ethiopian opal came on the market at one-tenth of the price, the demand for Australian opal slowed. By the time buyers regained interest in South Australian opal, the mining population had dropped from several thousand to about 20 in less than a decade. In fact, Schütz said, Australian opal mining has traditionally been such a difficult way of life that many young people are opting for more stable jobs, leaving large gaps in the mining industry. He thinks that it may take another generation or two before mining once again hits its stride Down Under.

Duncan Pay is editor-in-chief, and Jennifer-Lynn Archuleta is editor, of Gems & Gemology.