At the AGTA show, Bruce Bridges (Bridges Tsavorite) detailed current activity at the Scorpion mine in Kenya and showed some new production (figure 1). The mine lay dormant for more than five years after the 2009 murder of owner Campbell Bridges, who originally discovered tsavorite. While waiting for the courts to hand down verdicts, the Bridges family and their employees were the target of numerous death threats. In January 2015, after four of the eight defendants received sentences of 40 years without parole, the mine reopened with a larger scale of operations than ever before.

Activities expanded for a variety of reasons. As a corporation rather than a small family operation, the Bridges family felt that they were less of a target for criminals. The Bridges also found that the demand for tsavorite rose exponentially during the mine’s closure. With a limited supply and greater popularity, the higher selling price has made larger-scale mining more feasible.

There are 80 to 100 workers at the Scorpion mine, three times the number employed when it closed in 2009. The miners work in continuous shifts seven days a week. Mechanization has increased to include more powerful generators and 15-kilowatt fans for ventilation in the tunnels. The tunnel is now below the oxidized zone, requiring a blast approximately every half meter of forward progress. The stronger fans allow the ventilation system to remove the smoke and dust in about two hours rather than the full day previously needed. They have also invested heavily in trucks, buildings, jackhammers, drills, and more explosives. Campbell Bridges’s original campsite and tree house remain intact.

The main focus of the current operation is the Bonanza tunnel, also called tunnel 4, which was Scorpion’s most prolific tunnel in the 1980s. They are also working the adjacent tunnel 2, the largest producer in the 1990s. Tunnel 2 produced five kilograms of facet-grade material over one carat from one pocket during this period. A few kilometers from Scorpion is mine GG2, which typically produces tsavorite with lighter tones. GG2 is an open-cast operation on a hill, with plans to move into a tunnel phase later this year. An untouched surface deposit near tunnels 2 and 4 is also in development for open-cast mining, and the Bridges have high hopes for it, as the ratio of yield to waste is high on new deposits. Other sources include GG3, which is several kilometers away and primarily uses tunnel mining, and Snake Hill, which is one kilometer from Scorpion and has been mined by both open-cast and tunnel methods. Snake Hill is also a tanzanite source. These deposits have been put on hold in favor of tunnels 2 and 4 and GG2, as well as the untouched surface deposit.

There is now greater sophistication and manpower in Bridges Tsavorite’s mining process. The drill team bores large holes in the tunnels and then places the explosives. After the blast, the air is flushed out by the new ventilation system. The removal of waste has been accelerated by the use of a mono winch, which allows up to eight tons of waste to be removed hourly. The waste is hauled to the dump site, where it is separated from the rock face. The mine manager examines the rock face for tsavorite crystals or nodules, also checking for indicators in the reef such as calcite, quartz, and pyrite. Depending on the indications, teams will either continue blasting or extract material with hammer and chisel until the gem body is reached. At that point, miners use sharpened six-inch nails and finally their hands. The gem-bearing specimens are bagged and marked for quality. Once out of the mine, the material is washed and the tsavorite crystals are separated from the host rock. Sieves are used to sort the production by size before it is graded on a sorting table (figure 2). It is then bagged, sealed, and taken to Nairobi by ground or air, depending on its value. 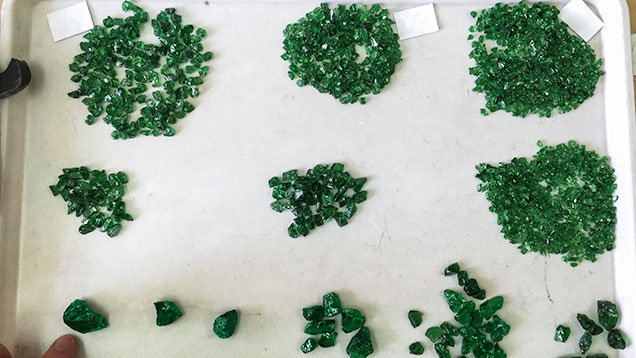 Figure 2. Prior to cutting, the Bridges operation sorts the tsavorite rough into categories by size, color, clarity, and shape. Photo courtesy of Bridges Tsavorite.

All rough that can be cut to yield a 50-point stone or higher will be cut in-house in Kenya, while the cutting of smaller rough is outsourced. Campbell Bridges learned to cut gemstones in Idar-Oberstein, Germany, and he later trained local Kenyans. One expert cutter on-site is cutting at least 200 stones a month. The Bridges family is proud of their high cutting standards and that they cut most of the high-quality rough in Kenya (figure 3). They also pay a higher export value for finished cut stones than rough, generating more revenue for Kenya. The stones are exported to Bridges Tsavorite’s main sales office in Tucson or to customers worldwide.

Even with the new investment and expenses, current production is only about 10% higher than before the mine was closed.  Electromagnetic surveys have shown extensive anomalies that indicate tsavorite enrichment zones. Most experts believe the reserves are very good, and Campbell Bridges himself believed he could follow the lines of the Scorpion mine’s saddle reef structure and the nose of the folds for two kilometers while producing tsavorite in pockets. Each tunnel at Scorpion is about 200 meters deep. These reserves must be balanced, however, with the growing cost of delving every meter further into the earth. 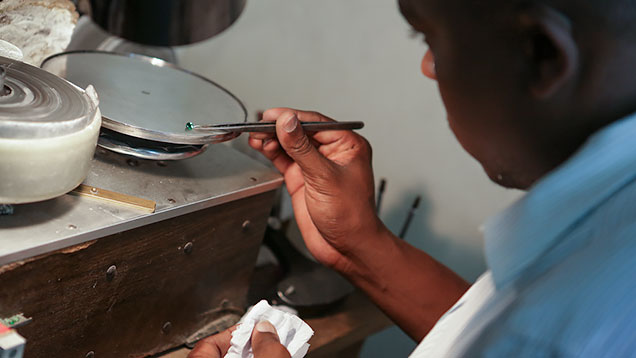 Figure 3. The Bridges intend to keep their tsavorite cutting in Kenya for as long as it is economically viable. Photo courtesy of Bridges Tsavorite.

Bruce Bridges told us that “demand is through the roof” for tsavorite. With its popularity potentially on the rise, Bridges Tsavorite will have to outsource rough. Melee demand is at an all-time high, particularly in China and other Asian countries, where it far exceeds the available supply. Mr. Bridges foresees overall growth for tsavorite through television sales, but he wants to keep as much cutting in Kenya as possible. Challenges for the company include possible changes in the political scene, mining regulations, and the threat of crime and violence. Upon returning to Kenya, Mr. Bridges reported to the authors that death threats had started again.