At the GJX show, Marcello Ribeiro (Belmont Mine, Itabira, Brazil) showed us production from Belmont’s underground mine, including one especially fine 9.22 ct stone (figure 1). As a GIA team visited Belmont in April 2014, it was interesting to see the gems from this relatively new part of the mining operation for sale at the show.

Originally the site of a cattle ranch, Belmont yielded its first emeralds in 1978 (H.A. Hänni et al., “The emeralds of the Belmont Mine, Minas Gerais, Brazil,” Journal of Gemmology, Vol. 20, Nos. 7–8, 1987, pp. 446–457). Since then, the mine has expanded to include both open-pit and underground operations with a highly sophisticated recovery plant. Mining is supported by a comprehensive geological survey program. To date, more than 15 km (9.3 miles) of 3.8 cm (1.5 inch) diameter cores have been drilled. Geological surveys indicated that a 300-meter-thick schist layer—with emerald potential—underlies much of the property, including the recovery plant. Core sampling defined the extent and depth of the emerald ore body and proved the viability of an underground mine at Belmont. Sampling the underlying rocks also helped plan the mine’s mechanical structure by showing which layers would be capable of supporting underground tunnels.

The underground mine is accessed via a 666-meter ramp that allows removal of up to 30 to 40 truckloads of ore per day using large commercial trucks (figure 2). At the time of our visit, approximately 10 to 15 truckloads per day (about 200 tonnes) were being taken to the recovery plant. The underground workings deliver a ratio of one tonne of ore to one tonne of waste. Each tonne of ore yields about two grams of rough emerald. On average, those two grams of rough produce two carats of faceted emeralds. By contrast, the ratio for the current open pit is only one tonne of ore per 11 tonnes mined. The rest is overburden or waste. There is clearly the capacity for many more years of productive mining at Belmont. 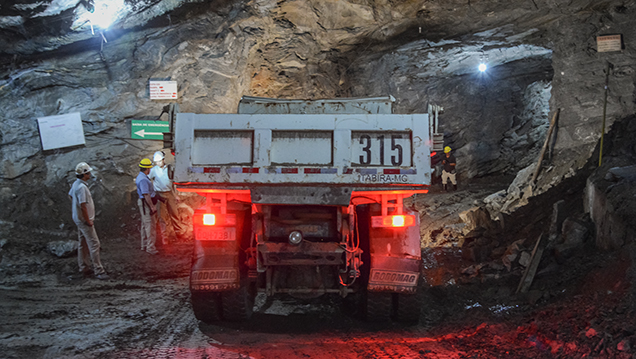 Figure 2. A full-size truck navigates the tunnels of Belmont’s underground mine. From the outset, the operators determined this would be a high-capacity, ramp-style mine. Photo by Duncan Pay/GIA; courtesy of the Belmont mine.

During the same April 2014 trip, GIA field gemologists visited the Montebello mine, near Nova Era. At this year’s GJX show, Sergio Martins (Stone World, São Paulo) showed us new production from that mine (figure 3). These gems were in the 2–4 ct range, bright with strong color and good luster. 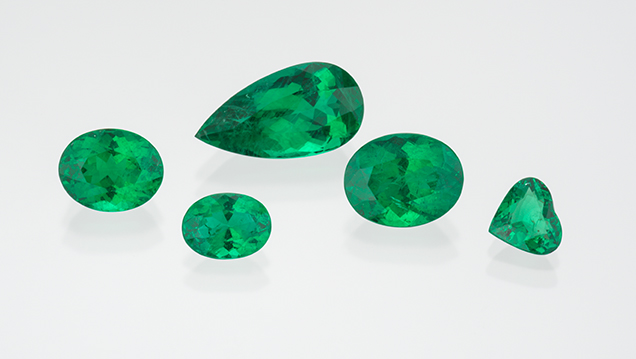 The Montebello mine is adjacent to the independent miners’ village of Capoeirana, about 6 km (3.7 miles) from Nova Era. Capoeirana is about 26.5 km (16.5 miles) east of Itabira. Unlike the larger mechanized operation at Belmont, the area around Capoeirana hosts a variety of small-scale mining activities by these independent miners, known as garimpeiros. The Montebello mine is perhaps the largest, employing 15 of them.

Emeralds were first discovered near here in 1988 (D. Epstein, “The Capoeirana emerald deposit near Nova Era, Minas Gerais, Brazil,” Fall 1989 G&G, pp. 150–158; www.gia.edu/gems-gemology/fall-1989-brazil-emeralds-epstein). The exploration that led to a mining boom in nearby Capoeirana was triggered by the discovery of emerald at Belmont. Production has dwindled in Nova Era, due in part to the 2008 global economic recession and the greater depths—often more than 100 meters—required to reach the emerald mineralization (A. Lucas, “Brazil’s emerald industry,” Spring 2012 G&G, pp. 73–77; www.gia.edu/gems-gemology/spring-2012-brazil-emerald-lucas). Emerald mineralization in the surrounding area appears to start in Nova Era and finish at the Belmont mine. Between them is another—currently unworked—mine, called Piteiras, which Martins used to operate. Mining stopped there due to ownership disputes that the parties hope will be resolved shortly.

At Montebello, the main elevator shaft descends 130 meters. At the time of GIA’s visit, miners had sunk a new vertical shaft about 40 meters below the level of the existing main shaft (figure 4). It follows a new vein that dips steeply underground. Neighbors in an adjacent mine have already found a productive vein at about that level. When the miners sunk their shaft, they located a seven-meter-thick seam of soft black schist underlain by granite. Emeralds occur in the boundary where the quartz meets the schist. The dark color of the schist and the presence of quartz are good indicators for emeralds and pale beryl crystals. From this new 40-meter shaft, they are driving a new horizontal tunnel out into the schist. The miners plan to expand the shaft and install a second elevator. The miners added that Montebello’s stones appear to increase in size and color with depth. 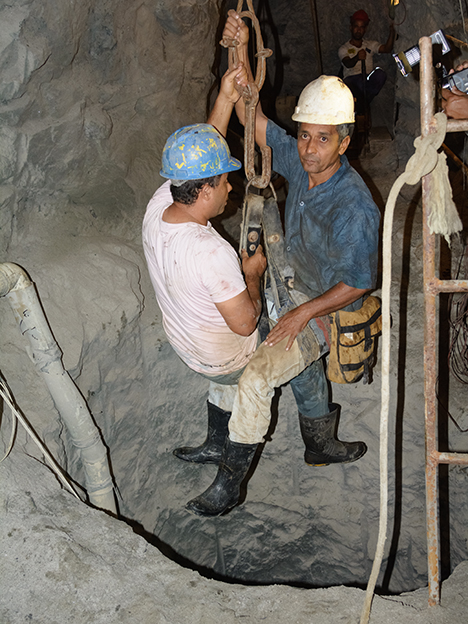 Figure 4. At Montebello, the miners have sunk a new shaft to follow a promising vein of emerald-bearing schist to deeper levels in the mine. The base of the new shaft is 170 meters below the surface. Photo by Andy Lucas/GIA; courtesy of the Montebello mine.
About the Author