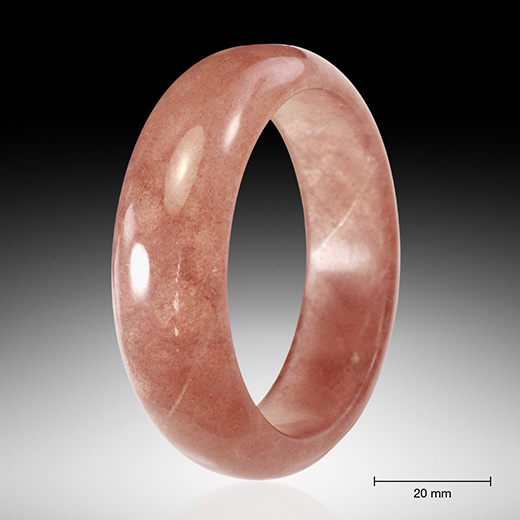 Figure 1. This bangle was submitted as “strawberry quartz” to TULAB. Photo by Shu-Hong Lin.

“Strawberry quartz” is not a strictly defined term in gemology but generally recognized in the market as single-crystal quartz with numerous striped or flaky hematite inclusions, which cause a pink to red overall appearance (D.I. Belakovskiy, “New acquisitions of the Fersman Mineralogical Museum, Russian Academy of Sciences (1997–2001),” New Data on Minerals, Vol. 38, 2003, pp. 101–112). Strawberry quartzes, due to limited mine production and rough sizes, are usually cut into beads, cabochons, or faceted stones or used for small carvings, all very popular products in the Taiwanese market.

Recently, a bangle was submitted for identification service to the Taiwan Union Lab of Gem Research (TULAB) as strawberry quartz (figure 1). The bangle had a brownish pink color in appearance and had a number of orangy pink to orangy red flaky crystals visible under the microscope. It had a refractive index of 1.54 and a specific gravity of 2.60. The material was found to be crystal aggregates through a polariscope and showed aventurescence under penlight. 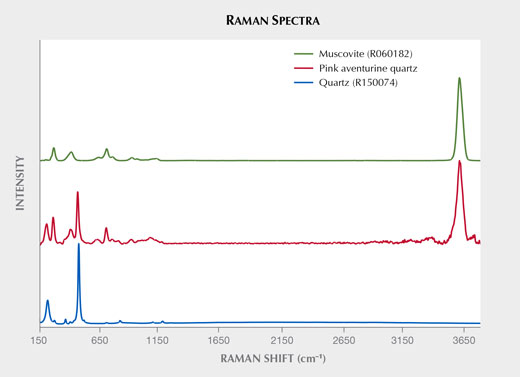 Figure 2. Raman spectra comparisons between the red inclusions and those of quartz and muscovite from the RRUFF database identified the bangle as aventurine quartz with orangy red muscovite inclusions. The stacked spectra are baseline-corrected and normalized.

In order to identify this material and its inclusions, the bangle was analyzed with micro-Raman spectrometry and the RRUFF database. It was found that the material was actually polycrystalline quartz and the red flaky inclusions were muscovite (KAl2(Si3Al)O10(OH,F)2) (figure 2). SEM-EDS analysis of the inclusions exposed to the surface further verified them as iron-bearing muscovite; however, EDXRF analysis revealed trace amounts of manganese in addition to iron. In other words, this bangle should be defined as brownish pink aventurine quartz with pink to red muscovite inclusions.

In comparison to those strawberry quartz with hematite inclusions, the red muscovite showed slight differences under the microscope. Hematite inclusions in strawberry quartz are usually striped, hexagonal, or irregular flaky crystals with medium to very dark red color under the microscope (figure 3, left); however, the red muscovite inclusions in the sample were mostly rounded flaky crystals with medium light to medium orangy red color (figure 3, right).

Moreover, the visible light absorption spectra of the bangle were analyzed and compared to those of mica on the Mineral Spectroscopy Server of Caltech. The pink aventurine quartz presented absorption peaks at 445, 454, 515, and 548 nm (figure 4), consistent with the spectrum of alurgite (GRR727, Mineral Spectroscopy Server of Caltech), which is a reddish purple variety of muscovite.

Since “strawberry quartz” is not a strictly defined marketing name, consumers should notice that there are actually different types of quartz with various inclusions sold with the same trade name. As an atypical strawberry quartz material, pink aventurine quartz with alurgite can be distinguished with hematite-included strawberry quartz through the methods of polariscope, microscope, and micro-Raman spectroscopy.

Shu-Hong Lin, Yu-Ho Li, and Huei-Fen Chen are affiliated with the Taiwan Union Lab of Gem Research in Taipei.

A bangle, thought to be jadeite jade, is revealed by laboratory testing to be polymer-impregnated aventurine quartz.