Fossilized shells can be replaced by various types of gemstones, such as quartz and chalcedony (Spring 2014 Gem News International, p. 77), opal (A. Cody and D. Cody, The Opal Story: A Guidebook, Melbourne, 2008), and demantoid garnet (Winter 2013 Gem News International, pp. 257–258). In rare cases, emerald may also participate in the petrification of the shell and form pseudomorphs. 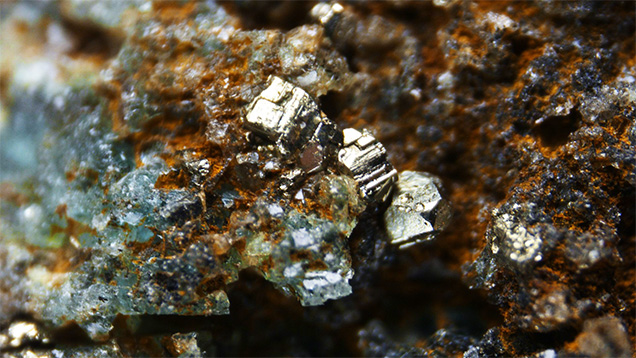 An X-ray radiograph further revealed the spiral skeleton of the shell and scattered pyrite crystals (figure 3). The polycrystalline emerald was deposited evenly throughout the specimens, indicating complete replacement.

Ching Yin Sin is a staff gemologist, and Xiaodan Jia is supervisor of colored stone identification, at GIA in Hong Kong.

The relative chemical diversity of emeralds from different deposits worldwide allows clear origin determination in most cases. This contribution explains the criteria used by GIA to make geographic origin conclusions for emeralds.

Over the last two decades, knowledge of the formation of gem deposits has improved significantly. This article reviews the state of our knowledge of the geology and genesis of gem corundum and emerald deposits.

Gaston Giuliani and Lee A. Groat

A firsthand look at Colombia’s emerald mines and the cutting and trading industry in Bogotá.