Application of the DiamondView in Separating Impregnated Jadeite 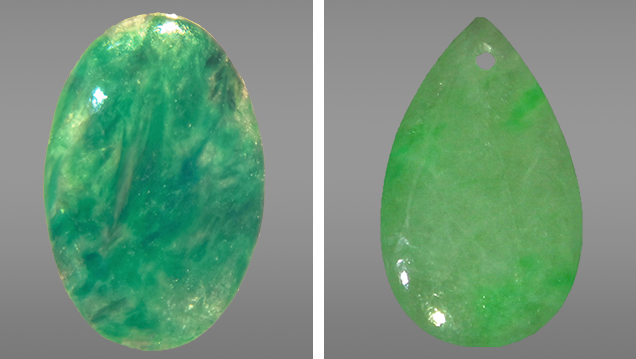 The Lai Tai-An Gem Lab in Taipei analyzed two client-submitted jadeite samples (figure 1): a 4.91 ct oval measuring approximately 19.64 × 11.78 × 2.62 mm and a 0.32 ct pear-shaped drop measuring 7.77 × 5.91 × 0.95 mm. The oval possessed a mottled dark and light green bodycolor, while the pear shape exhibited a more uniform, lighter green bodycolor. Both pieces were translucent. Standard gemological testing showed spot RIs of 1.66 and SGs of 3.30 for the oval and 3.24 for the pear. A handheld spectroscope revealed lines at 630, 655, and 691 nm, indicative of naturally colored jadeite; both samples were inert to long-wave and short-wave UV fluorescence. Microscopic observation revealed fine surface-reaching networks of cracks and uncovered the “cobweb-like” features characteristic of bleached jadeite. However, DiamondView imaging produced striking blue reactions (figure 2), clearly indicating that both jadeites had been impregnated. 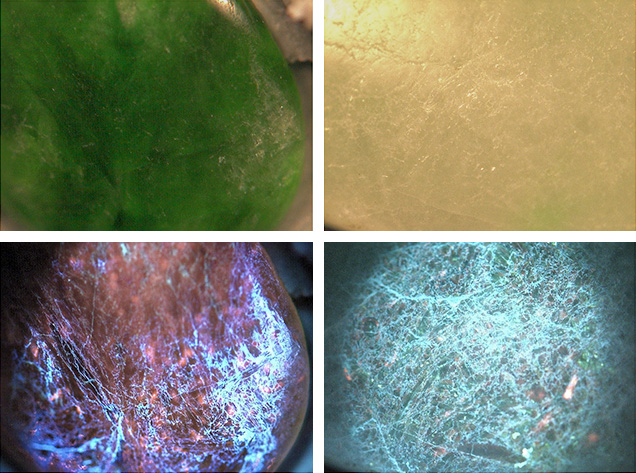 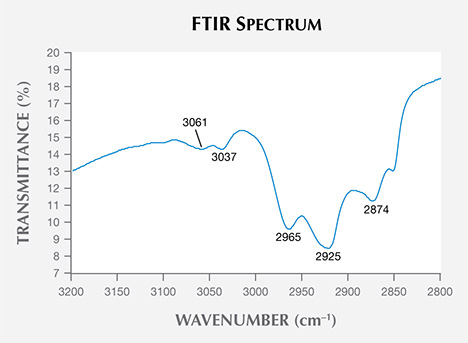 Impregnated jadeite jade appears to be readily separated from untreated material by DiamondView imaging. While more samples need to be examined, this technique could be a simple and effective way to identify impregnation treatment.