Jadeite, a material significant within Chinese culture, is often submitted to the Lai Tai-An Gem Laboratory for identification.

Historically, the name “jade” has been applied to either nephrite or jadeite. Nephrite has been used for adornment and ornamentation for thousands of years in China, and nephrite objects from many dynasties are found in museums, auctions, and antique shops around the world. While newer to the Chinese market, jadeite jade is becoming increasingly important. Jadeite bangles (figure 1, left) require more rough than cabochons or fashioned stones, resulting in a larger amount of waste. Consequently, the value placed on good-quality pieces is higher, and jadeite bangles with fine textures and brilliant colors continue to set new records in auction houses.

We recently received two similar-looking bangles (figure 1, right) for identification. The client claimed the pieces were jadeite, but we determined them to be hydrogrossular garnet. This jadeite simulant is rarely seen in bangle form; it is more likely encountered as carvings or cabochons. In this particular case, the similarity to jadeite was extremely convincing.

The two translucent, light to strongly saturated green and white hydrogrossular garnet bangles weighed 339.55 ct and 400.03 ct, and measured 75 × 11 mm and 77 × 12 mm, respectively. Both exhibited a spot refractive index of 1.72, specific gravities of 3.42/3.45, inert reaction to both short-wave and long-wave UV, and a light pink reaction through the Chelsea color filter. The absorption spectrum showed a cutoff below 460 nm, and the material exhibited black pepper-like inclusions (figure 2); these characteristics suggest that the color of the garnet is natural. 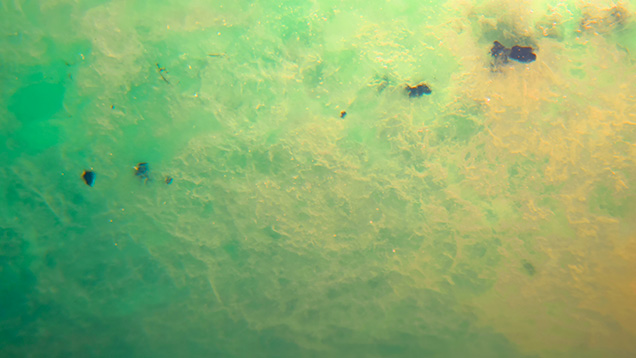 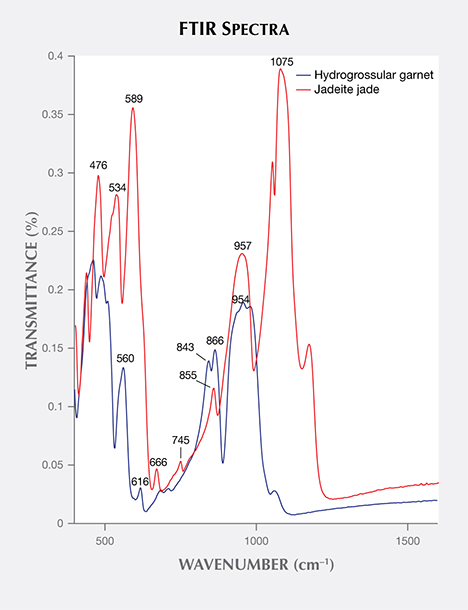 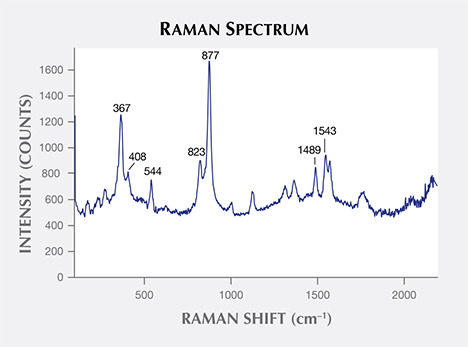 Figure 4. Raman analysis of one of the client’s bangles, using a near-infrared wavelength of 785 nm, confirms its hydrogrossular garnet identity.
About the Author