A Modern Gem and Jewelry Collection, consisting of 458 carefully chosen pieces, is currently on display at the Flandrau Science Center & Planetarium in Tucson, Arizona. The ensemble, located on the first floor of the Planetarium, was provided by a group of anonymous private collectors called Somewhere In The Rainbow, who aim to promote appreciation of fine colored gemstones through museum and gallery exhibitions.

The exhibition’s pathway is L-shaped and oriented toward the left with a total of eleven windows. The first window presents a selection of high-end jewelry pieces that have won AGTA Spectrum awards. This arrangement is followed by six windows organized by locale. This group of windows contains minerals, cut gemstones, and prominent jewelry pieces. A more didactic window exhibits a selection of gemological tools that have been used to identify and study gemstones through the ages. A central round case shows a selection of ten award-winning jewelry pieces. An impressive display is dedicated to a selection of elite sapphire gems and carvings. The last case is equipped with a UV light switch, which displays the fluorescence of the gemstones within.

The highlight of the first window is a pair of tourmaline, tsavorite, and diamond earrings by Ai Van Pham. A second window represents a selection of Africa's most notable species, including a diamond necklace with a 17.84 ct green cuprian tourmaline center stone by Adam Neely and an 18.55 ct trillion-cut Mahenge spinel. The third window features a collection of American gemstones, such as rhodochrosites (figure 1), amethysts, Montana sapphires, Oregon sunstones, and benitoites. The two must-see jewelry pieces in this case are two magnificent strands of graduated turquoise beads (figure 2) from Arizona’s Sleeping Beauty mine in Arizona, and a necklace featuring a rhodochrosite from Colorado’s Sweet Home County mine alongside diamond and sapphire. The turquoise strands particularly exemplify the best quality in color and texture of this increasingly rare untreated material. The Southeast Asia display features fantastic spinels, rubies, and sapphires (figure 3). The exhibition promotes blue and pink spinel as the most colorful material on the market, and a sumptuous multicolored spinel and diamond necklace is the most noteworthy piece of the ensemble. 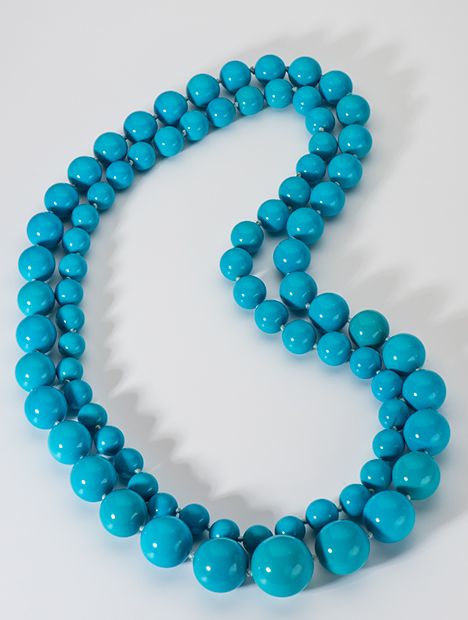 Figure 2. Arizona’s Sleeping Beauty mine is the source of these strands of turquoise beads. Photo by Robert Weldon, courtesy of Somewhere In The Rainbow. 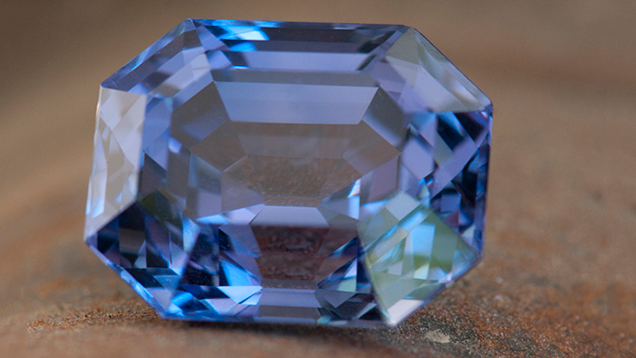 Figure 3. The cutter of this 16.73 ct unheated color-change sapphire from Sri Lanka is unknown. Photo by Photography by Michelle, courtesy of Somewhere In The Rainbow.

Brazil is prominently represented in its own case (figure 4) thanks to an impressive collection of tourmalines and high-quality topazes. A diamond necklace with a 34.34 ct Imperial topaz, along with a 15 ct pear-shaped Paraiba tourmaline as the center stone of a diamond necklace (figure 5), stand out as extremely alluring numbers. Even more intriguing, one case gathers some pieces from “exotic origins” such as csazite from Turkey, a vivid 140.71 ct kunzite from Afghanistan, some remarkable green beryls from Russia, and a 187.57 ct sphalerite from Spain. A green beryl carving by Alfred Zimmerman, depicting a frog sitting on a hexagonal rough beryl set in a Henri Dunay gold carving from the early 1970s, stands out. The “Sea and Sky” window contains a selection of various pearls and coral specimens. A central round case displays ten innovative and acclaimed jewelry pieces, including a multicolored tourmaline and diamond ring by Randy Coffin that received an AGTA Spectrum award in 2016.  The next window is entirely dedicated to sapphires in various cuts with a remarkable Buddha carving (figure 6) dating 1400-1500 AD. A window exhibiting fluorescent gems ends the show.

Figure 4. The Brazil case features gems from the country, fashioned for jewelry by master artisans. The artwork in the case is by Leslie Porter of Phoenix, Arizona. Photo by Shelly Sergent; mineral specimens courtesy of Pala Gems.

Figure 5. The showcase of this necklace is the 15 ct Paraíba tourmaline, from the original Batalha mine, which is surrounded by diamonds. Photo by Robert Weldon, courtesy of Somewhere In The Rainbow. 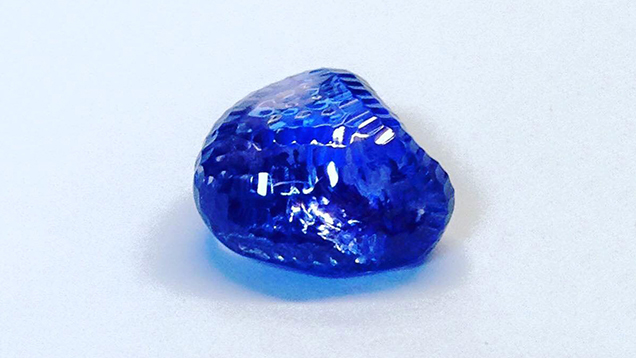 Figure 6. The 15.73ct Buddha Blue sapphire, ca. 1400–1500AD, was cut from an unheated Sri Lankan specimen. The stone has an active fluid inclusion. Photo by Sean Milliner, courtesy of Somewhere In The Rainbow.

The selection of pieces in A Modern Gem and Jewelry Collection is of high quality and is well documented with carat weight and detailed cartels. The exhibition allows the general public and aficionados alike to get more familiar with rare gems and a distinctive group of American designers.

Delphine Leblanc is a freelance writer specializing in gemology; she is based in New York.

Review of Colors of the Universe: Chinese Hardstone Carvings at New York’s Metropolitan Museum of Art.