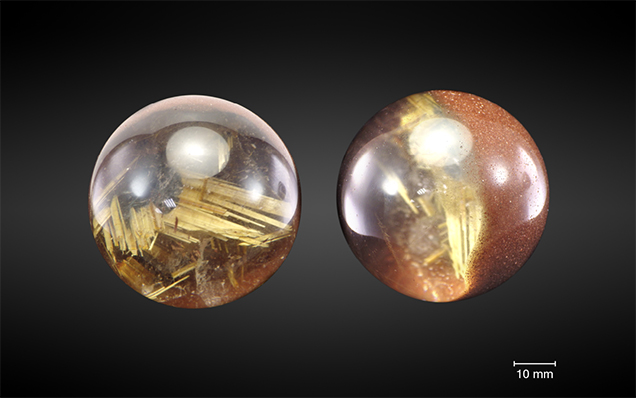 Figure 1. Photos of the rutilated quartz taken in different viewing directions (top view on the left and side view on the right) showed that the sphere was half colorless and half brown. Photos by Shu-Hong Lin.

Rutilated quartz, which refers to natural quartz with rutile needle inclusions, is very popular in Taiwan’s mineral market. Merchants carve rutilated quartz into spheres rather than pendants or cabochons to get higher prices. The value of such spheres depends on the size of quartz as well as the abundance or appearance of its rutile crystals. Since large and well-formed rutilated quartz is quite rare, it is possible to make those of lower quality into doublets with top covers of glass or synthetic quartz. 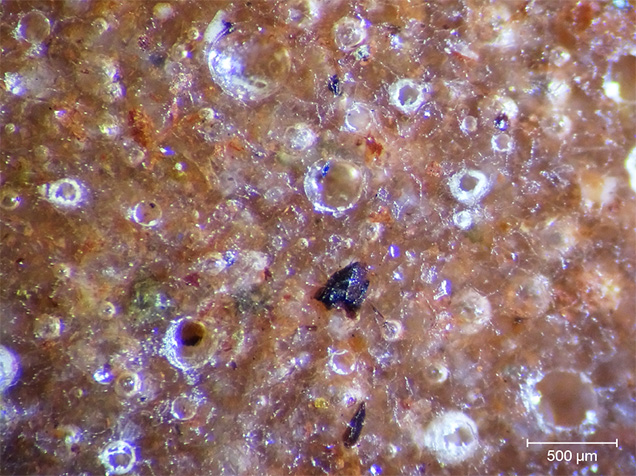 Figure 2. The microscopic image of the brown part of the rutilated quartz sphere showed yellow, brown, and black mineral particles with an abundance of bubbles. Photomicrograph by Shu-Hong Lin.

Recently, a rutilated quartz sphere was sent to Taiwan Union Lab of Gem Research (TULAB) for certification service. Half of the sphere was colorless and transparent, while the other half was brown and semitranslucent (figure 1). The supplier had informed the client that it was a rutilated quartz polished into a sphere together with its host rock in order to retain the maximum size and the striking rutile inclusions. The colorless and brown parts had refractive indices of 1.54 and 1.55, respectively, and the fluorescence was inert under an ultraviolet lamp. Microscopic observation revealed that the brown part contained yellow, brown, and black mineral particles with a large number of bubbles (figure 2). The specific gravity was 2.35, which is much lower than the specific gravity of quartz. To further confirm the material of the sphere, the colorless and brown parts were analyzed with a Raman spectrometer. The results showed that the former was quartz, and the latter was mainly composed of epoxy resin and quartz (figure 3).

After a series of gemological tests, we concluded that this sphere could be defined as a new type of doublet or composite material of rutilated quartz, in which the brown part mistaken for host rock was in fact epoxy resin mixed with mineral powders. Due to the increasing demand for rutilated quartz spheres in Taiwan, this composite material may not be merely an isolated case.

Thanks to its many varieties and rising value, rutilated quartz garnered attention at the 2014 gem shows in Tucson, Arizona.

Beads are identified as quartz with polymer.