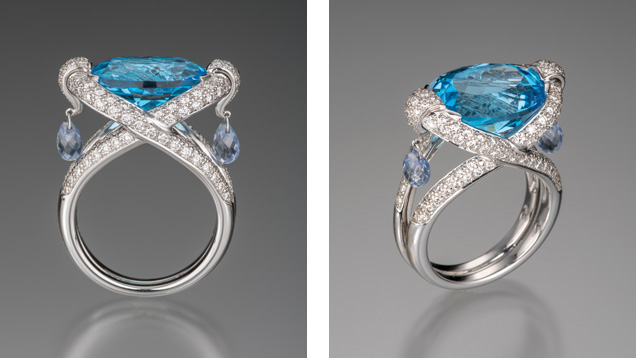 This blue topaz, briolette sapphire and diamond ring looks good in all directions. The human eye likes symmetry, so the "straight-on" look works (left). But a more elevated and angled view of the ring (right) shows more of the centre stone, accentuates the unusual double-shank design, and gives the viewer a more holistic view of it.
Positioning 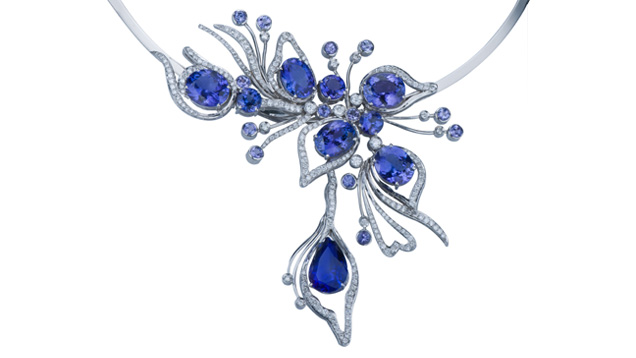 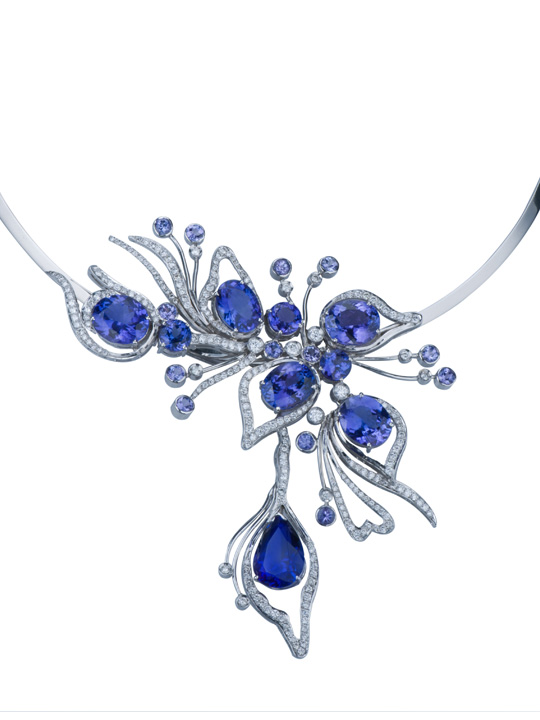 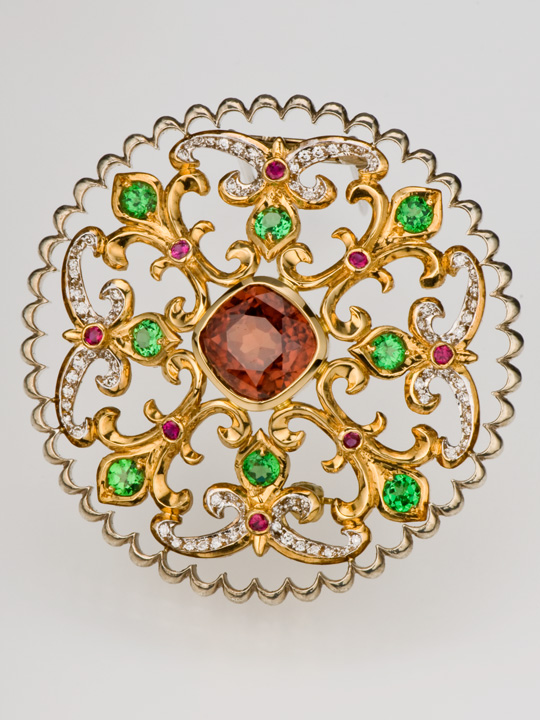 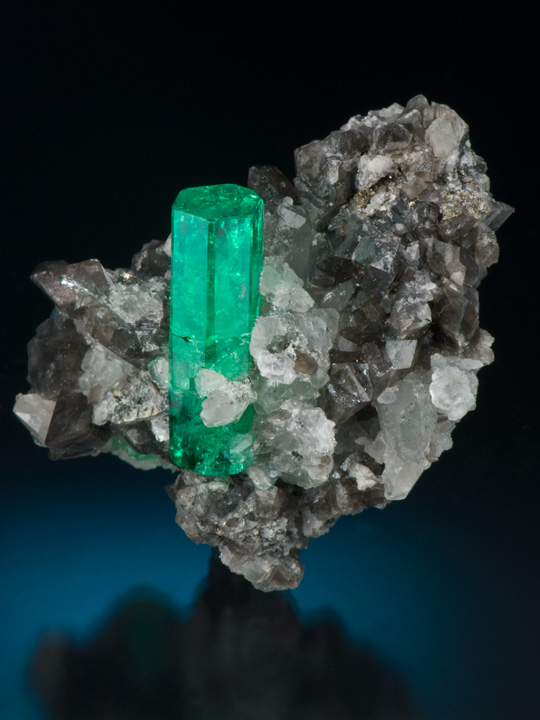 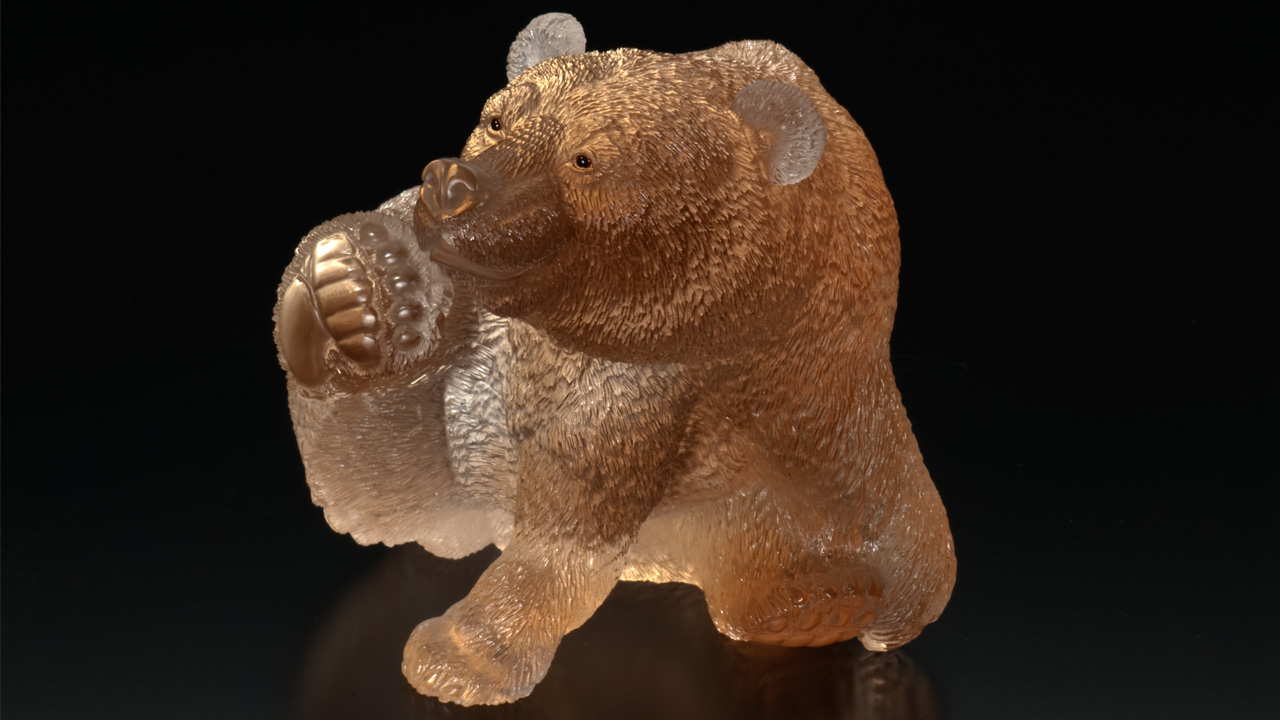 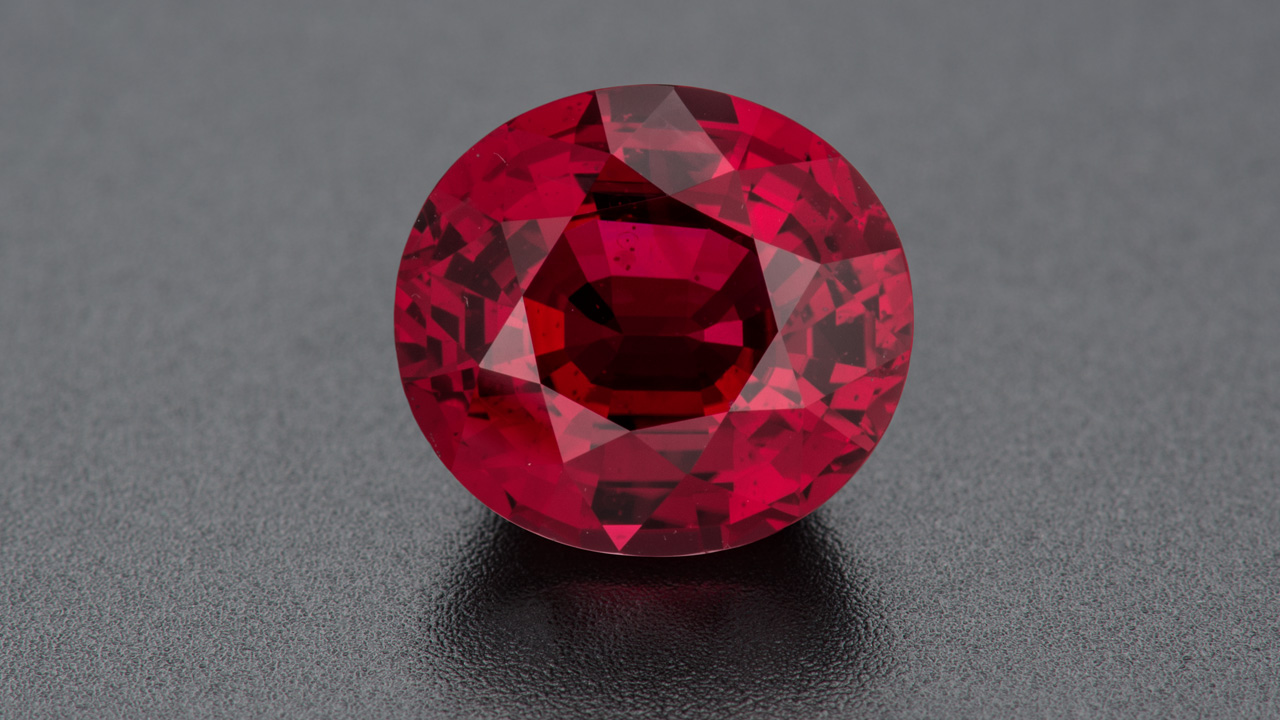 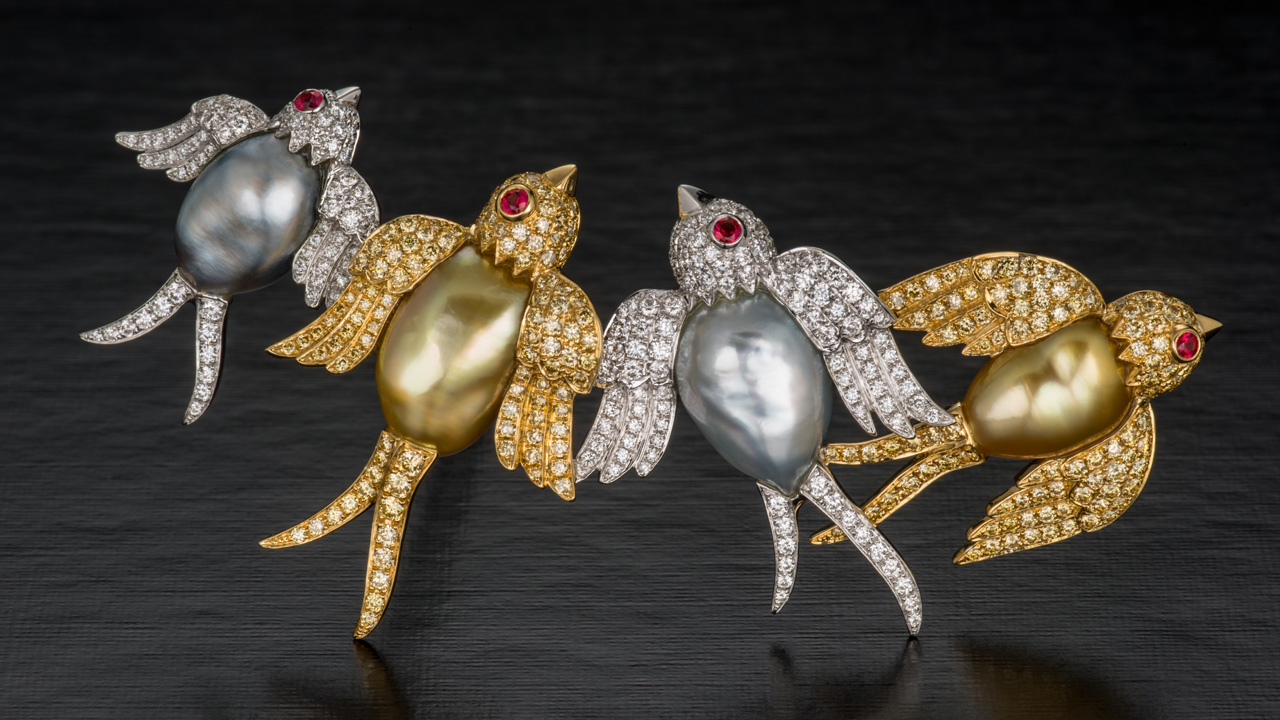 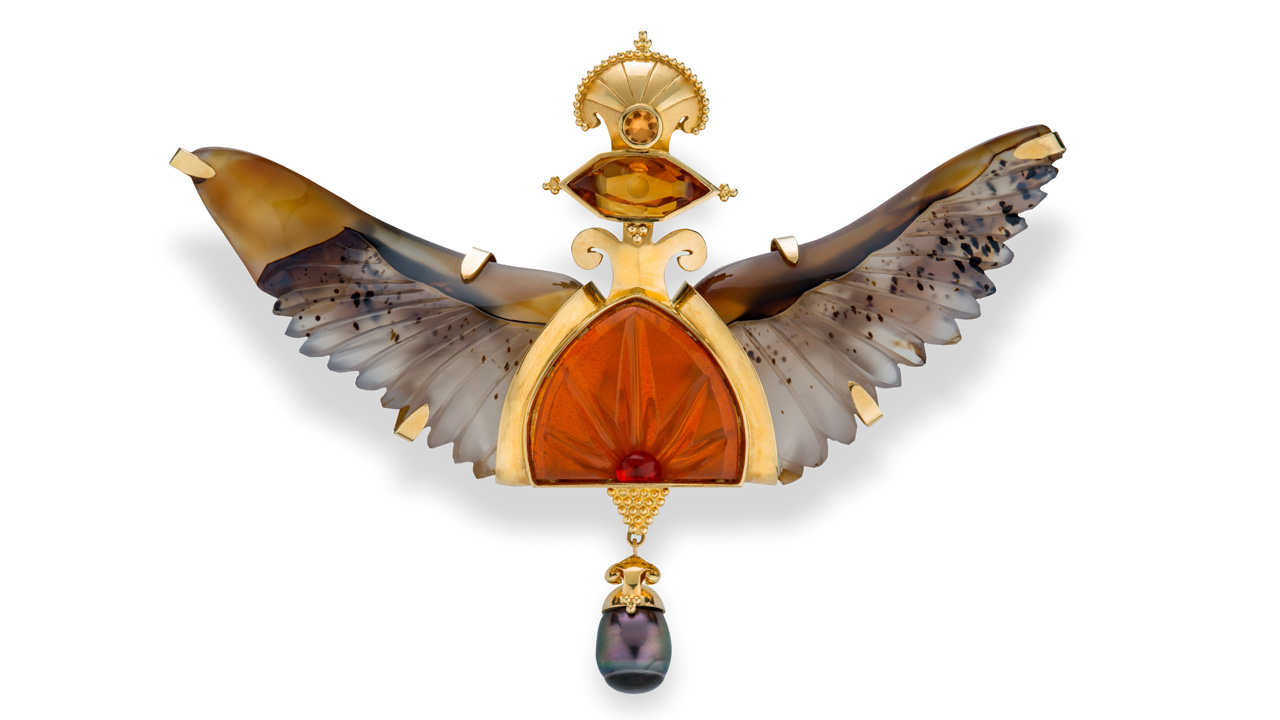 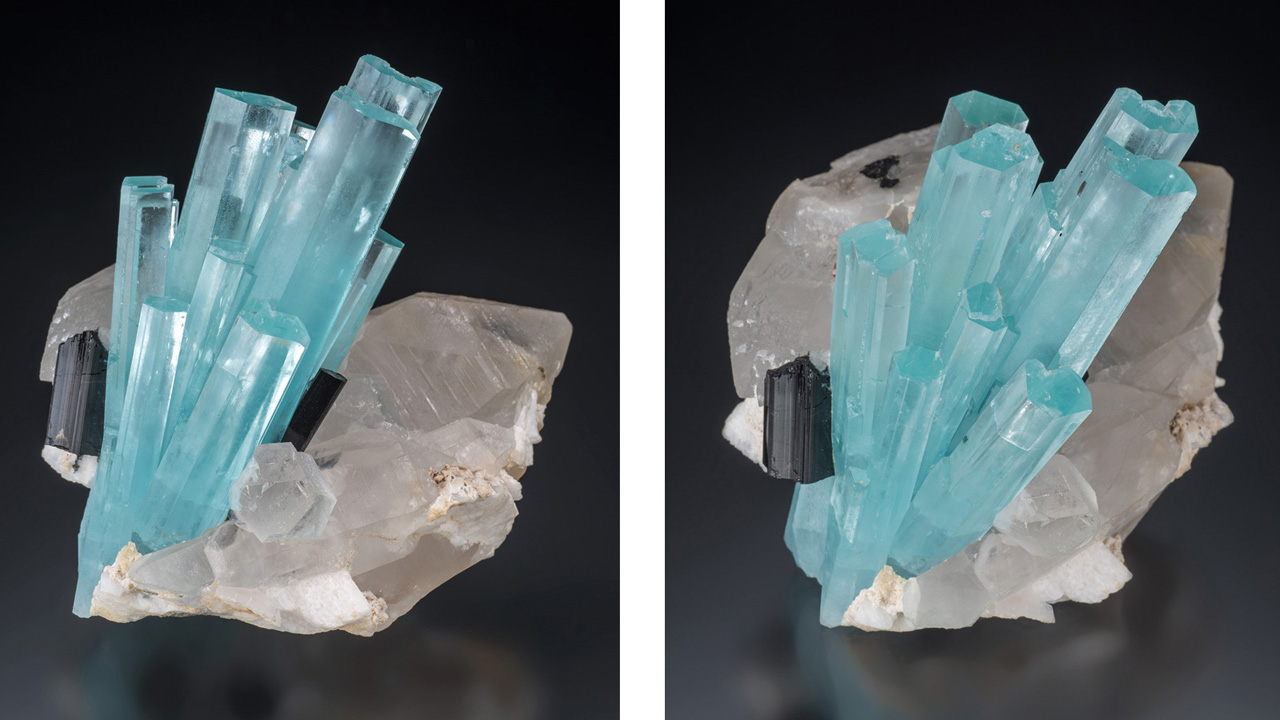 Robert Weldon, manager of photography and visual communications at GIA in Carlsbad, provided his insight and expertise for the writing of this article.