下载 PDF 版本
The Anahí mine in southeastern Bolivia, near the border with Brazil, has enjoyed consistent production since coming under private control in 1990. The mine is best known for its ametrine (amethyst-citrine), a quartz variety that exhibits two principal colors, purple and yellow (see P. M. Vasconcelos et al., “The Anahí ametrine mine, Bolivia,” Spring 1994 G&G, pp. 4–23). Bolivia is the world’s only commercial source of this gem. Mine owner Ramiro Rivero has transformed operations in recent years to better control production, cutting, jewelry manufacturing, and retail activities, establishing a clear mine-to-market chain of custody for his product (see Winter 2001 GNI, pp. 334–335).

In August 2008, GIA staff members visited Anahí to videotape and report on the mine-to-market operations. The Anahí mine presently employs 74 workers and is active in five tunnels (e.g., figures 1 and 2). The company has also started to process the tailings piles to recover material that is now popular in the market, such as pale amethyst (called anahíta in Bolivia). Taking advantage of abundant groundwater supplies, workers wash the ore on location and then presort it before transport to Minerales y Metales del Oriente, Mr. Rivero’s manufacturing arm in the Bolivian city of Santa Cruz. 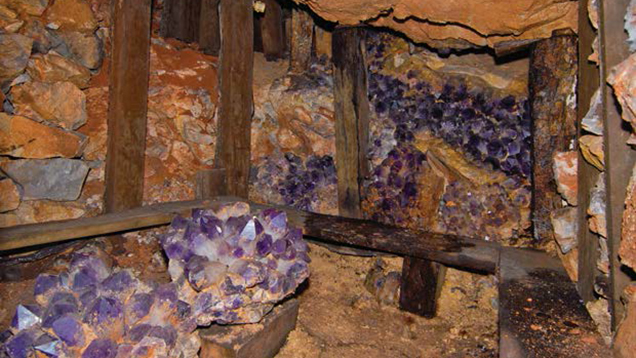 Figure 2. This tunnel at the Anahí mine exhibits the richness of the quartz deposit. Photo by Robert Weldon/GIA.

Production at the Anahí mine is lower than it was a decade ago, but Mr. Rivero maintains that is because greater efficiencies in mining, sorting, and cutting have reduced the amount of rough needed for the value-added operations.

Nevertheless, the mine still produces some 2,500–3,500 kg of gem-quality material, from a total 120 tonnes of quartz mined each year. Amethyst averages the highest production (44%), followed by ametrine (33%), and citrine (23%); ametrine remains the most lucrative product.

The proportion of ametrine has actually increased (from 20% a decade ago) because of Mr. Rivero’s success in marketing gems that do not necessarily show the traditional split in amethyst and citrine colors. In the early years of the Anahí mine, ametrines were often faceted as emerald cuts showing a distinct color demarcation to mimic the appeal of bicolored tourmalines. But cutting ametrine for an even color split wastes much of the quartz. While “fantasy” cut gems have long ignored this purple-yellow color demarcation in favor of free-form shapes, Minerales y Metales del Oriente today focuses on a blend of colors in more traditional shapes (i.e., round, oval, or pear). This strategy maximizes yield. In addition to purple, the resulting mix of colors may exhibit “peach” or deep orangy red hues when viewed face-up (e.g., figure 3).

Figure 3. Anahí mine ametrine is cut to maximize yield while also blending the yellow and purple colors. The 33.55 ct gem on the left was cut by Dalan Hargrave; the 44.23 ct concave-cut stone on the right was faceted in Bolivia. Both gems courtesy of Minerales y Metales del Oriente; photos by R. Weldon.
For many years, Minerales y Metales del Oriente developed its own cutting styles and jewelry design prototypes, but contracted with overseas manufacturers for large-scale production. Until recently, it worked with a gem cutting and jewelry manufacturing plant in China. With the global economic downturn, today the company is producing all of its cut gems and finished jewelry in Santa Cruz.