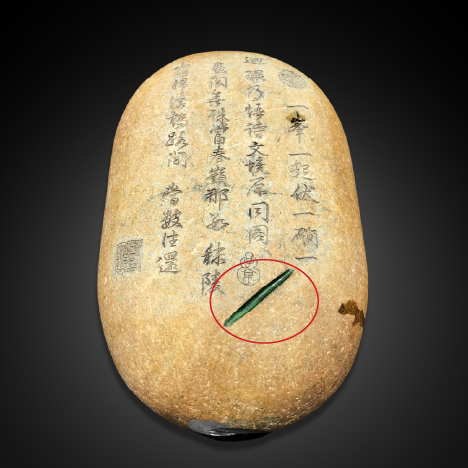 Figure 1. This 30 kg stone was submitted as a piece of jadeite rough. A narrow window (in the red circle) opened on the surface of the rough reveals a green material underneath the skin. Photo by Huang Jing.

In recent decades, jadeite prices have risen dramatically. Driven by profit, a variety of imitations are found in the jadeite jewelry market. Meanwhile, imitations such as quartzite are fixtures in the rough jadeite market. Recently, our research group received for testing a 30 kg stone that resembled jadeite rough and was submitted as such. The stone had a yellow weathered skin with a grainy texture, similar to jadeite. There was a narrow “window” (figure 1) that showed the green color of the material underneath the skin. For identification purposes, the authors exposed another area on the surface of the rough and then ground it for testing.

Due to the weight, some standard gemological testing methods could not be used, such as measurement of refractive index and specific gravity. Therefore, the sample was studied by visual and 10× loupe observation, hardness testing, chemical reagent detection, and infrared spectroscopy. 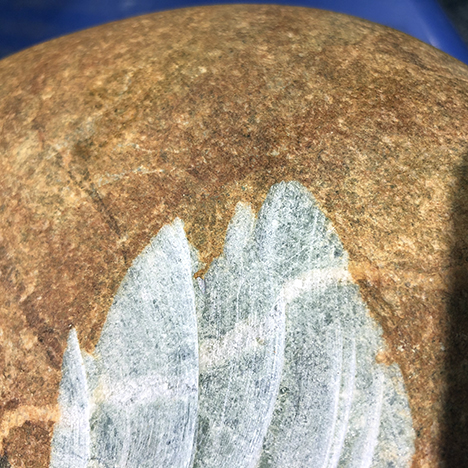 Figure 1. This 30 kg stone was submitted as a piece of jadeite rough. A narrow window (in the red circle) opened on the surface of the rough reveals a green material underneath the skin. Photo by Huang Jing.

Scratch testing revealed a Mohs hardness between 2 and 5, lower than jadeite’s hardness of 6–7. The surface was yellow, just like the weathered skin of jadeite rough, and the narrow window in figure 1 revealed green color below the skin. Scrubbing the window with alcohol removed the green color, indicating that the window had been dyed. To test the material, diluted hydrochloric acid was dropped on the newly exposed portion in figure 2. The acid foamed continuously, showing that the sample contained carbonate (Z. Hanli et al., “Study on acid polishing of carbonate white jade,” Journal of Gems and Gemmology, Vol. 5, No. 4, 2003, pp. 24–27). The acid testing combined with visible observations and hardness testing identified the sample as marble. The jadeite granular structure came from the marble’s cleavage planes.

The serpentinized marble’s yellow weathered skin and grainy texture could have easily been mistaken for jadeite rough. This serves as an alert to the industry to be careful even when examining rough, as imitations are showing up.

Huang Jing, Yan Shuyu, and Chen Shuxiang (corresponding author, kedachenshuxiang@163.com) are affiliated with the School of Materials Science and Engineering at Qilu University of Technology (Shandong Academy of Sciences) in Shandong, China. Cheng Youfa is with the National Gold and Diamond Testing Centre of China in Shandong.

Bangles submitted for identification are found to be not jadeite jade, but hydrogrossular garnet, an unusual choice for this form.