While gemologists are accustomed to transparent and translucent materials with microscopically visible inclusions, semi-translucent to opaque gems are generally not considered potential hosts of interesting inclusions. Consequently, only the surfaces of these materials are really explored microscopically. This should not dissuade the avid inclusionist from taking the opportunity to look closely at them for unexpected surprises that may be revealed.

Apatite is appreciated for its range of beautiful colors and other optical properties, as well as its morphological characteristics. Most gem apatite is the fluorine end-member of the apatite group known as fluorapatite, or apatite-(CaF). Transparent gem-quality apatite often contains interesting inclusions such as tourmaline, glass, biotite, goethite, hematite, manganese oxide, and pyrrhotite, so it seems logical that the semi-translucent to opaque form would also host inclusions, albeit obscure ones.

The Otter Lake locality in southern Quebec, Canada, is well known for producing aesthetic cabinet specimens featuring elongated prismatic fluorapatite crystals on orangy or pinkish marble matrix, sometimes with deep purple fluorite in the associated mineral assemblage as well. Damaged crystals of limited potential commercial value as faceted gems or mineral specimens may be fashioned into lapidary items such as carvings, cabochons, and spheres (figure 1), or simply find their way into study collections.

A fascinating dark green apatite crystal obtained from Luciana Barbosa of the Gemological Center in Asheville, North Carolina, recently captured our attention. This specimen, from the Yates uranium mine at Otter Lake, measured 31.16 mm in length and weighed 99.21 ct (figure 2). 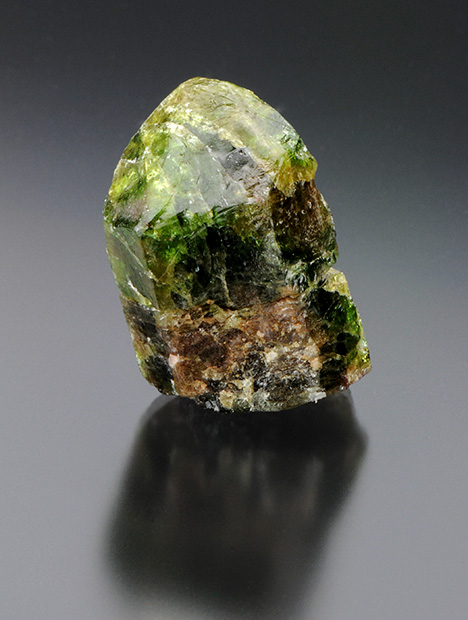 Figure 2. This 31.16-mm-long fluorapatite crystal was also recovered from the Yates uranium mine. Photo by Elise A. Skalwold.

What made this crystal interesting was that it had cracked in half along a plane more or less perpendicular to its length, exposing the otherwise unseen inclusions (figure 3). The two spherical inclusions were identified by Raman analysis as brownish orange calcite, the larger of which measured 5.74 mm in diameter (figure 4). Because of its size, this inclusion was probably at least somewhat responsible for the host apatite cracking apart. 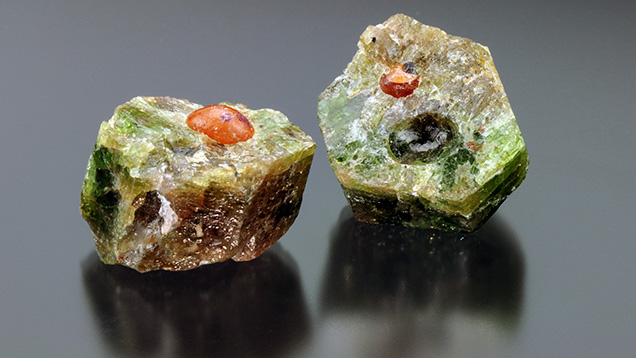 Figure 3. Two orange spherical inclusions were exposed when the fluorapatite crystal fractured in half. Photo by Elise A. Skalwold.

Figure 4. The larger inclusion in the apatite, a 5.74 mm sphere of orange calcite, featured a pair of purple “eyes” on its surface. Upon further analysis, these were revealed to be fluorite. Photomicrograph by John I. Koivula.

Upon closer inspection and Raman analysis, two tiny deep purple fluorite crystals could be seen perched on the surface of the largest included calcite sphere (again, see figure 4). The resulting bouquet of contrasting colors and the surprising spherical form of the calcite inclusions with purple fluorite “eyes” turned mishap into treasure, reminiscent of breaking open a piñata to find candy within. These calcite spheres are a mineralogical enigma, though current research suggests they formed at high temperature from entrapped carbonate melt (F. Sinaei-Esfahani, “Localized metasomatism of Grenvillian marble leading to its melting, Autoroute 5 near Old Chelsea, Quebec,” master’s thesis, Department of Earth and Planetary Sciences, McGill University, Montreal, 2013).

While providing valuable insights into geological processes, such inclusions in gems and minerals never fail to enrich the day-to-day experience of gemologists and mineralogists.

Elise A. Skalwold, an Accredited Senior Gemologist of the Accredited Gemologists Association (AGA), is involved in curating and research at her alma mater, Cornell University. John I. Koivula is an analytical microscopist at GIA’s Carlsbad laboratory.