Jay Boyle, senior gemstone buyer at Jewelry Television (Knoxville, Tennessee), spoke with us about the importance of the Tucson shows to JTV as well as the impact of television on the trade at large. We saw him conduct live broadcasts from the gem fair and interview dealers at their booths (figure 1). Mr. Boyle said the key to buying for television is finding beautiful gems at low market prices and being able to tell the story and romance the stone while educating the customer.

He pointed out that finding beautiful stones is easy, but it is considerably more difficult to obtain them at a great value price point that is right for the television network’s customers; in fact, there is an art to the process. Major dealers from all over the world come to Tucson and sell all varieties of gemstones, making it advantageous for JTV to attend. These dealers frequently sell stones among themselves at true wholesale prices, so Mr. Boyle has the opportunity to find attractive stones at the right price and value for television (figure 2). In Tucson, buyers can survey everything coming from the sources, including new production, and discover the true market prices, all within one week. He added, “If you have a reputation as a serious, knowledgeable buyer that buys in quantity and has cash to buy, you can find the real market price.” 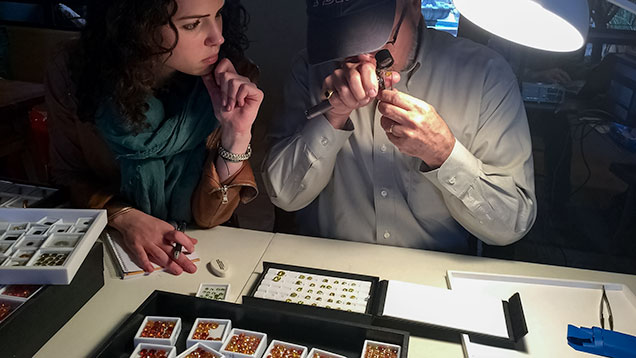 According to Mr. Boyle, the best time to purchase is when the material first hits the market. Another good time to buy is when there is a sudden increase in production. In 2001, JTV bought a large tsavorite lot containing more than 2,200 carats of material ranging from 2 to 10 ct per stone. The color and clarity were fine, and the price was a good value at $350 per carat. They took a small margin and sold the production quickly; 5 to 7 ct gem-quality tsavorites went for $500 per carat. Today, the wholesale prices for the material are many times that price, and longtime customers see the value of purchasing at the right time. Another successful venture began in 2006, when Mr. Boyle started buying “best of show” material of all gem species, at the best price possible. These stones were sold during special broadcasts called “The Vault” (figure 3). The highest price recorded on the show was a $400,000 sapphire. Regular viewers know that at times JTV has sold remaining inventory below cost, and some actually make a business out of reselling this merchandise. 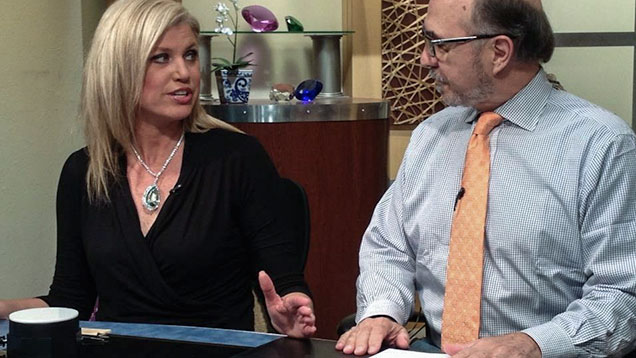 Founded in 1993, Jewelry Television broadcasts 24 hours a day, reaching 84 million homes. Ninety-five percent of the gemstones sell for $10 to $5,000 apiece. Viewers are introduced to gemstones they had never encountered, such as padparadscha sapphire, Paraíba tourmaline, and color-change garnet, while learning about the gem business and how to recognize bargains. Some steady customers tune in for 10 hours a day. When Jewelry Television first started offering loose colored stones, they were thrilled to sell $15,000 in an eight-hour period. Now they sell up to $400,000 of loose colored stones in an hour, and it is common to ship between 18,000 and 25,000 packages in one day. Mr. Boyle feels that JTV is driving business throughout the retail industry by promoting colored stones, as some viewers will learn about a given gemstone and then visit a local jeweler to make a purchase.

Between 30% and 35% of the company’s $400–$500 million in annual sales are online at jtv.com, which complements rather than replaces television sales. The website is also used to clear inventory from television at liquidation prices. Due to the extremely high cost of airtime in the U.S., JTV must not only sell the entire inventory, but also sell it in a short time. That means the Internet can be used to move leftover inventory while fresh, faster-moving products are sold on television. The network plans to eventually host web-only streaming video broadcasts.

Interestingly, one of the most successful periods for Jewelry Television was during the global economic crisis. While many industry players had stopped buying by January 2009, Mr. Boyle had learned over the years that dealers sell below cost during a recession. At the 2009 Tucson show, he bought $7 million in gemstones, including $3 million in tanzanite from one dealer alone. Since Mr. Boyle had well-established buying relationships with dealers, they were willing to accept his plan to promote a buying opportunity for TV customers. The promotion of below-market prices created a frenzy of activity for Jewelry Television. While these bargains were more plentiful in 2009, Mr. Boyle said there are still great opportunities below market value every year in Tucson. Although he was buying less than usual this year, JTV still actively sought material throughout the show. Among the stones we saw Mr. Boyle buying were rhodochrosite and Ethiopian opal.