Sean Dunn could have played it safe in the early 2000s, when his family’s luxury retail jewelry store was struggling with online strategy just “like everyone else.” Instead, he launched into relatively unknown territory for an independent store at the time: e-commerce.

“It dawned on me that I needed to hire somebody with actual experience to run our website,” he says. Numerous interviews brought “polite” candidates who praised the company’s website and said they could do “more of the same.”

Dunn says that, finally, one applicant was direct: “She said, ‘You have a pretty website – what but does it do?’”

He hired her, and in just over a month, J.R. Dunn released a fully functional e-commerce site: jrdunn.com.

“One of our first sales within weeks of launch was a $4,000 pair of Roberto Coin diamond hoop earrings to a new client in North Carolina,” he says. “That’s when my love of e-commerce was born.”

The industry began taking notice of the company’s success, and in 2015, JCK named J.R. Dunn its “Luxury Retailer of the Year” for “redesigning retail.”

“We were one of the very first independents to go full speed ahead deploying our e-commerce site,” says Dunn, a GIA Graduate Gemologist (GG). “But we could never have imagined receiving an award for it more than a decade later!” 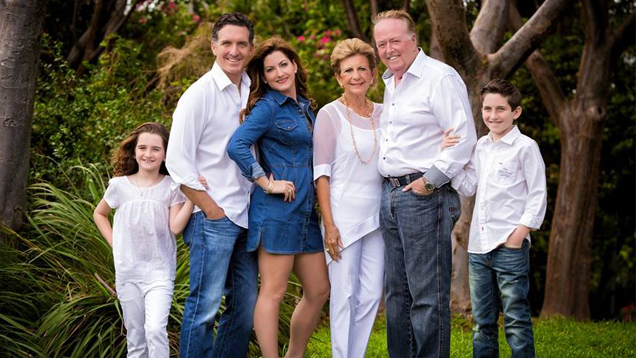 When J.R. Dunn founders James Robert and Ann Marie Dunn (center) found out that their new jewelry store was burglarized while the couple was in between insurance policy coverage in the early 1970s, the couple went door-to-door explaining the situation and paid for each customer’s lost items out of their own pockets. “It was a tough but valuable lesson to always face the music, make good on your word and treat people how you would want to be treated,” says Sean Dunn, pictured (second from left) with his family. “My parents did just that, and their business blossomed from their misfortune – it turned out to be a blessing in disguise.” Photo courtesy J.R. Dunn Jewelers

The “we” is Dunn’s family – including his parents and J.R. Dunn founders, James Robert and Ann Marie Dunn, and his maternal uncle, award-winning designer Robert Pelliccia – all of whom work for the store.

“We all have areas of the business we are passionate about, and that energy is contagious,” he says.

James Robert and Ann Marie Dunn, who founded the company in Hanover, Massachusetts in 1969 before moving to southeast Florida a few years later, always had zeal for the jewelry industry. James Robert Dunn even took gemology classes at GIA in New York during his time off from a job at IBM, learning under the tutelage of GIA legends, such as Bert Krashes and Robert Crowningshield.

But for their son, jewelry wasn’t a given.

“Mom and Dad really eased me into it,” says Dunn, who earned a bachelor’s degree in business administration and management from the University of Florida. “After college, I saw my buddies going to career fairs and not finding many jobs they loved, and my dad said, ‘Why don’t you take your surfboard and drive across the country to California and learn about diamonds and gemstones and see how you like it?’” 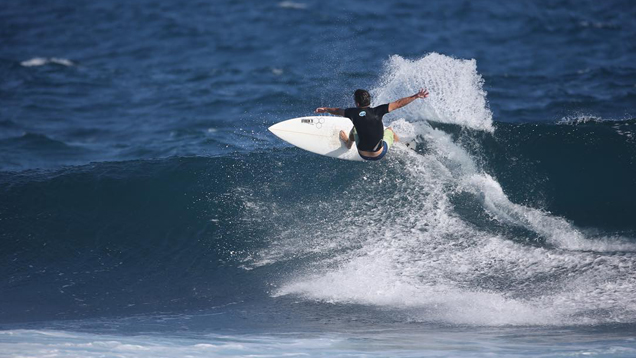 “There are always challenges and opportunities,” says Sean Dunn, a GIA GG and avid surfer. “The sooner you jump on both, usually the better the outcome.” Photo courtesy J.R. Dunn Jewelers

Dunn agreed, and “ended up loving the entire experience” as a GG student at GIA’s former Santa Monica campus and headquarters.

“It was amazing to meet so many interesting people from all over the world, and learn not only about gems, but other cultures as well,” he says. “The instructors were very passionate about the curriculum, and that helped inspire me.”

Dunn heard GIA was having a Jewelry Career Fair right about the time he was graduating in 1996 and called his father for advice on what to do.

Dunn took his directive and interviewed with companies from Sotheby’s to Robbins Bros. He accepted an offer from Ben Bridge Jewelers to work for the South Coast Plaza store in Costa Mesa, California.

Dunn calls his time at GIA and Ben Bridge as “terrific” and essential.

“GIA provided a great foundation,” he says. “Not only does a GIA education give you the confidence and knowledge necessary to believe in yourself, it gives you tremendous credibility with clients and industry peers.” 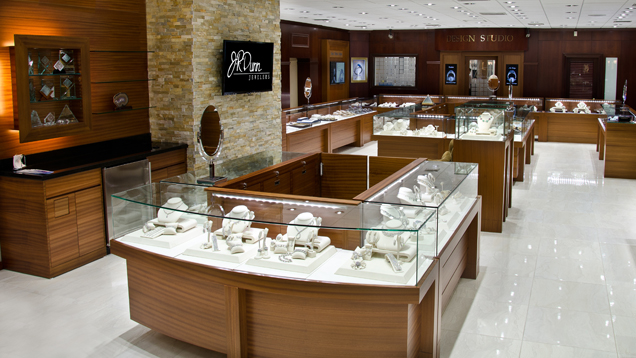 Dunn returned to South Florida in 1997 and has served as vice president of J.R. Dunn ever since. He touches aspects of the business from marketing to management, but says no day is typical.

“My single most important responsibility is to make sure our clients are happy and to address any areas where we may fall short in a swift and meaningful way,” Dunn says. “And I love being surrounded by a passionate team that’s pulling for the same goals. I thrive on new ideas, whether they’re mine or not, and I love the opportunity to put them into play.”