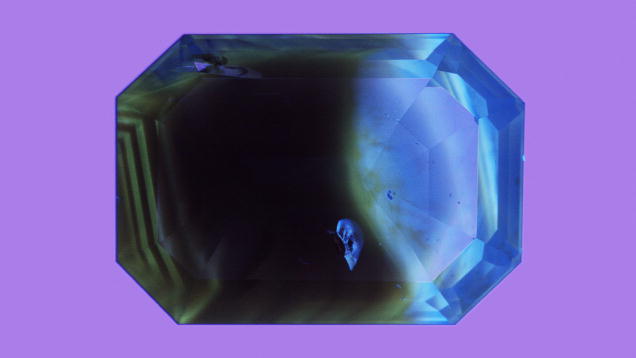 Figure 2. Under long-wave UV illumination at 10× magnification, the diamond’s color zones showed blue and yellowish fluorescence. Photo by Troy Ardon.
The diamond’s unusual fluorescence under both long- and short-wave UV illumination can be seen in figures 2 and 3, respectively. Under long-wave UV (handheld lamp) the near-colorless section showed typical blue fluorescence. The orangy brown section displayed a yellowish fluorescence, which is common in type IaA yellow diamonds. Under the higher-energy, shorter-wavelength UV excitation of the DiamondView, the dis­tinction between the colors became even more pronounced, and the blue fluorescence of the near-colorless bands was clearly visible within the yellowish green fluorescence of the orangy brown section. Yellow phosphorescence, common in type IaA diamonds colored by 480 nm visible absorption bands, was also observed in the orangy brown area. 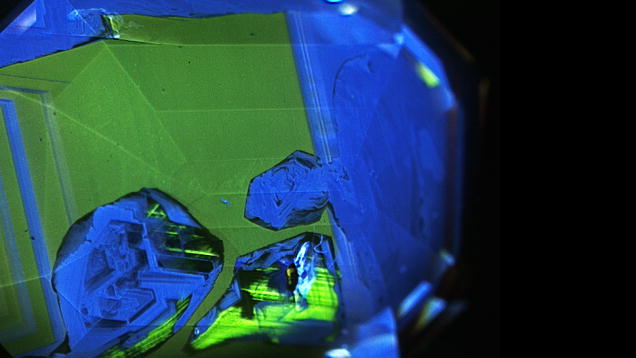 Figure 3. This DiamondView image of the color-zoned diamond shows an even more pronounced distinction between the colors. Image by Troy Ardon.
Infrared spectroscopy revealed a type Ia diamond with both A and B aggregates. When IR spectra were collected separately from the near-colorless and orangy brown sections, distinct differences were noted. The orangy brown section contained ~33 ppm of A-aggregated nitrogen and ~15 ppm of B-aggregated nitrogen, whereas the near-colorless section showed significantly higher concentrations: approximately 139 ppm of A aggregates and 100 ppm of B aggregates. In addition to the higher overall nitrogen content, the near-colorless portion contained a higher proportion of B-aggregated nitrogen impurities.
The unique zoning observed in this diamond likely reflects changing conditions during growth. Variations in nitrogen and possibly oxygen content in the earth’s interior—480 nm defects are reportedly related to oxygen impurities in diamond—could have produced the noteworthy color and fluorescence zoning that reveal the complex growth history.