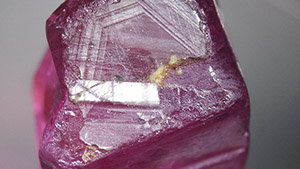 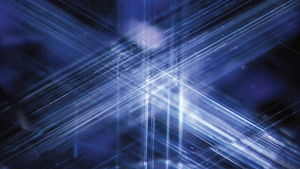 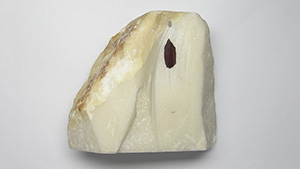 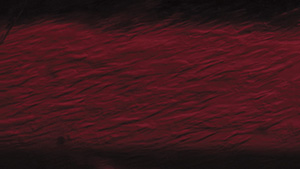 An unusual synthetic ruby, combining a hydrothermal ruby seed and flux ruby overgrowth, is examined at the Carlsbad lab.