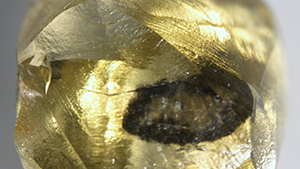 Article
Diamond Research Gives Clues to the Formation of the Continents 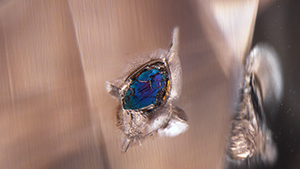 An iridescent inclusion may reveal a diamond’s subsurface origin.

Presents what is believed to be the first report of a xenotime inclusion in gem-quality diamond. 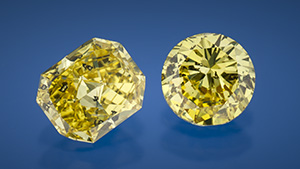 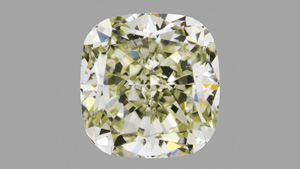 Diamond with High Concentration of Nickel

Analysis of Fancy Light greenish yellow diamond leads to detection of nickel, as well as an inclusion that gives a colour-change effect. 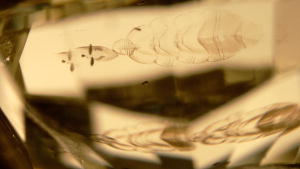 A recent lab examination at GIA New York revealed an inclusion in a rectangular Fancy Yellow called "pareidolia", which means it was a resemblance of the scales and form of a fish.