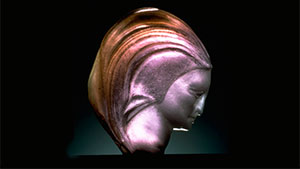 Somewhere in Brazil in the 1500s, a Spanish conquistador washed the dirt from a green tourmaline crystal and confused the vibrant gem with emerald. His confusion lived on until scientists recognised tourmaline as a distinct mineral species in the 1800s.

Tourmalines from an alluvial deposit near Lundazi in Zambia consist of colour-zoned pink/colourless/yellow-green “watermelon” nodules.