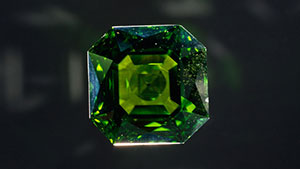 Peridot has always been associated with light. In fact, the Egyptians called it the “gem of the sun”.

The Creation of a Magnificent Suite of Peridot Jewellery: From the Himalayas to Fifth Avenue

This peridot article chronicles the creation of a fine suite of peridot jewellery from the mine in the Himalayas to the manufacture of the necklace, bracelet, ring and earrings.

Reflecting on his 1980 visit to Zabargad, the author writes on this relatively unknown island and the beautiful peridots for which it has gained fame.