Both crystal morphology and size can greatly affect the properties observed in a synthetic diamond.

In the early 1980s four diamonds were recovered from the stream gravels of Hayfork Creek in Trinity County, California; all four are of industrial grade and all have an interesting feature in common. 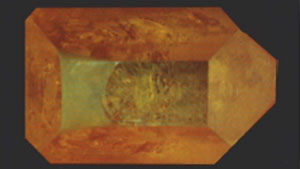 Read More
The Wittelsbach-Graff and Hope Diamonds: not cut from the same rough

Two historic blue diamonds, the Hope and the Wittelsbach-Graff, appeared together for the first time at the Smithsonian Institution in 2010.