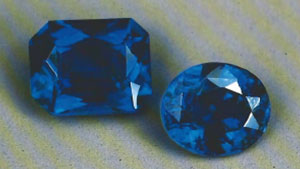 Examination of red and blue samples of a relatively new flux synthetic spinel from Russia established criteria by which they can be separated from their natural counterparts.