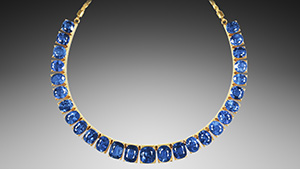 The discovery of significant quantities of gem-quality sapphire in Minas Gerais could add corundum to the formidable list of gem species already commercially produced in Brazil.

The sapphire deposit at Penglai, on Hainan Island, is potentially the largest in China.