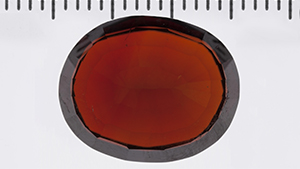 Colour modification is observed in a reddish orange zircon at the Bangkok laboratory.

Many people have heard of zircon but never seen it. This is mostly because of colourless zircon’s wide use as a diamond simulant in the early 1900s.