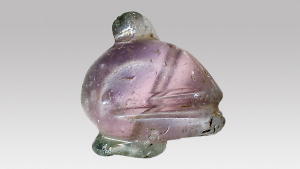 A new source of red tourmaline is identified in Zambia.