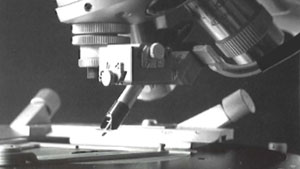 Examination of Three-Phase Inclusions in Colourless, Yellow and Blue Sapphires from Sri Lanka

Three-phase inclusions in untreated natural colourless, yellow and blue sapphires from Sri Lanka were found to consist of liquid and gaseous carbon dioxide as well as needle-like to tabular crystals of diaspore.

The history of the Kashmir mines, the beautiful sapphires found there and the outlook for the future.

Thailand has become the world's major source of gem ruby.