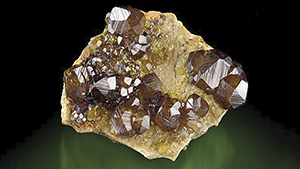 Quantitative measurements of magnetic susceptibility combined with RI or SG data can provide an easy and inexpensive way of inferring garnet composition.