Article
Mine to Market: The ‘Adventure Story’ of Coloured Stones

A GIA team travels the world to discover and document what happens as coloured gems travel from mine to market. 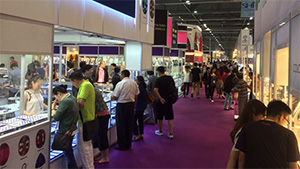 The September Hong Kong Jewellery & Gem Fair opened with some hard bargaining that had diamond and gemstone dealers hoping for deals.