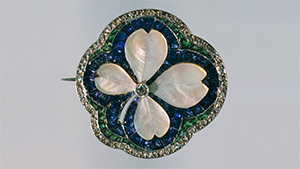 With the information from a combination of tools now available, the sophisticated gemmologist can fingerprint a given stone.

An overview of some of the most fabulous and famous diamonds that Harry Winston has known.