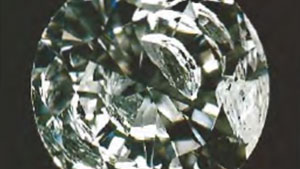 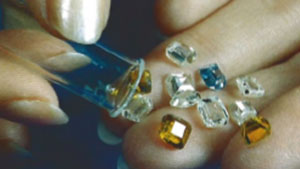 Synthesised gem-quality diamonds from the General Electric Company are analysed for characteristics that distinguish them from natural stones. 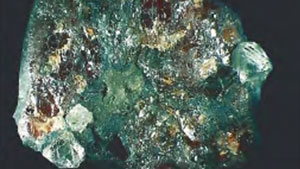