XClear Selections
Book Review: From a Snowflake to an Iceberg: The McFerrin Collection 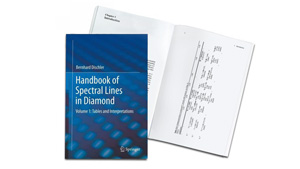