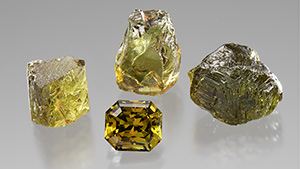 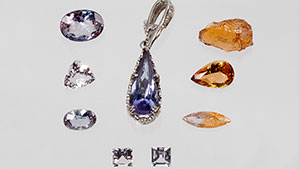 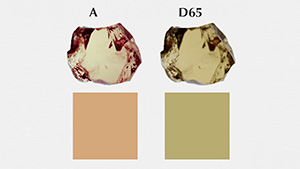 A colour change in rough garnet is observed and plotted in GIA’s Carlsbad lab. 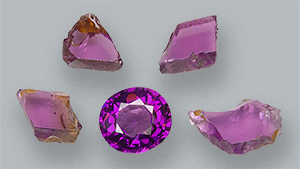 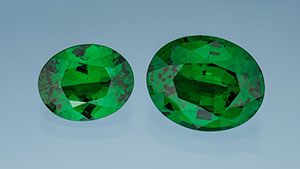 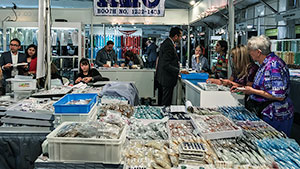 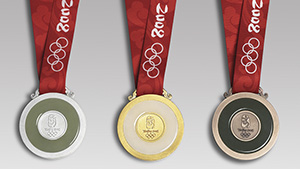 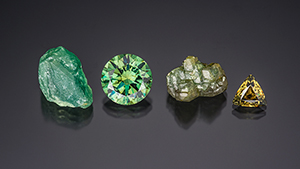