The US holiday shopping season is looking positive, despite some warning signs that an economic slowdown may be coming next year.

A Diamond Producers Association poll estimated that a record 53 million consumers intend to buy a diamond this season, with millennials registering the highest percentage of would-be buyers.

In addition, a Centurion survey of predominantly upmarket independent retail jewellers found that 41% saw a 10% or higher sales increase during Black Friday weekend, the traditional start of the holiday shopping season, with a similar percentage saying sales were even with 2017. Only 9% reported a sales decline. It is important to note, however, that most jewellery sales occur late in the season, in the days just before Christmas.

Overall, retail has been doing well. A MasterCard survey of shoppers for all consumer goods found that retail sales for Black Friday weekend were 9% up on the same period last year. MasterCard analysts expect some slowdown in buying, but note that the season will finish with a 5% gain overall. This is in line with forecasts from the US National Retail Federation.

Retail analysts remain concerned, however, that recent declines in the stock market, major lay-offs at General Motors and gloomy predictions about next year’s economy may slow shoppers’ desire to spend before the season is out.

In China, the world’s second largest jewellery market, major jewellers reported that the trade war with the US has caused demand for gold and gemstone pieces to decline by about 5% during the current quarter. Chinese currency has declined by about 5% in recent months, raising the prices of these commodities for consumers. 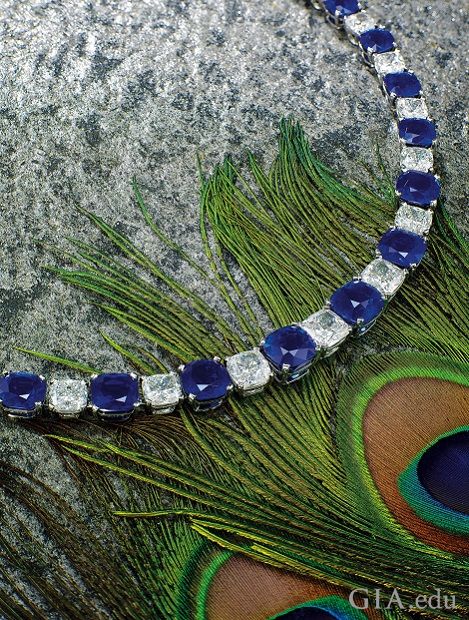 The major auctions continued their record-breaking pace in November. At Christie’s Hong Kong sale on 27 Nov, an unnamed buyer paid nearly $15 million (£12 million), a record price, for the Peacock Necklace, which features 21 cushion-cut Kashmir sapphires ranging in size from 3.02 carats to 10.56 carats (totalling 109.08 carats) and 23 D-colour diamonds weighing between 1.03 to 4.05 carats. Both the sapphires and diamonds were graded by GIA.

At the same auction, star-power helped the 24.04 ct Moon of Baroda Fancy yellow diamond break the million-dollar mark ($1.32 million/£1.06 million), twice its pre-sale estimate. The GIA-graded pear-shaped stone was made famous by Marilyn Monroe who wore it for promotional photos for the film Gentlemen Prefer Blondes. The diamond was found in India and was acquired by Marie Therese’ of Vienna (1717-1780), the only female ruler of the Austrian Habsburg dynasty. 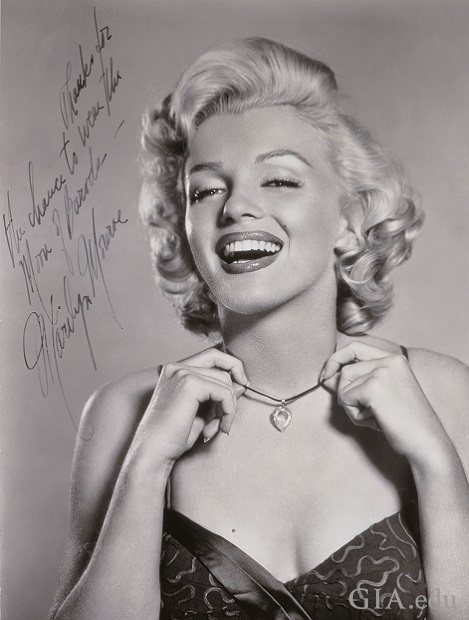 Marilyn Monroe held the Moon of Baroda in publicity photos for her film "Gentlemen Prefer Blondes". Christie's sold the diamond in December for $1.34 million (£1.07 million), twice its pre-sale estimate. Photo courtesy of Christie's.

Sotheby’s December New York sale featured more star-powered jewels, this time from the estate of Barbara Sinatra, the late singer’s wife. Her collection included a number of emerald pieces and designer jewels and her 20.60 GIA-graded D-VVS1 diamond engagement ring that sold for $1.7 million (£1.4 million). This was slightly over the top pre-sale estimate. The auction also included a 10.62 ct Fancy Vivid blue pear-shaped diamond, expected to sell for $20-$30 million (£16-£24 million), but failed to find a buyer.

The Colombia Emerald Producers Association, known by its Spanish acronym Aprecol, plans to seek official recognition for the origin of its gems. The organisation is seeking Appellation of Origin status from the United Nation’s World Intellectual Property Organization in Geneva, which will give legal protection against dealers who ascribe Colombian origins to emeralds mined in other locales.

Appellation of Origin status is commonly employed in wines (Bordeaux and champagne) and distinctive food products (Parma ham), but has never been applied to precious stones, despite the fact that gems from certain origins can carry substantial premiums.

Aprecol announced it would employ blockchain technology to secure the supply chains, insuring that the emeralds were mined ethically and exported legally from Colombia. The organisation is hoping to begin certification in March 2019.