The Spring 2018 auction season recovered from a slow start to post solid – if not record-breaking – prices for top fancy coloured diamonds and gemstones. The biggest auction event of the season, however, was the series of sales from the estate of Peggy and David Rockefeller that brought in more than $835.7 million (£631.3 million), most of it destined for charitable donations.

Christies’ auctioned the Rockefellers’ collection of artwork by Renoir, Rivera, Matisse, Picasso, Monet, O’Keefe and others, along with decorative art objects over a period of 10 days in May, realising $832.6 million (£628.9 million) for a dozen charities.

Fancy blue diamonds were the best performers in the regularly scheduled auctions. Before the season began, dealers at the March Baselworld show had numerous calls from clients who believed fancy blues were underpriced, especially in comparison to fancy pinks. After this season, that is probably no longer the case.

A GIA-graded 3.09 ct Fancy Intense blue diamond drew a $5.375 million (£4.06 million) bid at Christie’s April New York auction, a record for the highest per-carat price ($1.7 million/£1.3 million) ever paid at auction for a diamond of that grade. The following day that record was shattered by a 3.37 ct cut-corner rectangular-shaped diamond of the same grade that sold for $6.663 million (£5.033 million) or $1.9 million (£1.4 million) per carat. This diamond was also graded by GIA.

The high per-carat price was unusual because the diamonds were much smaller (well under 10 carats) than previous record-setting stones. 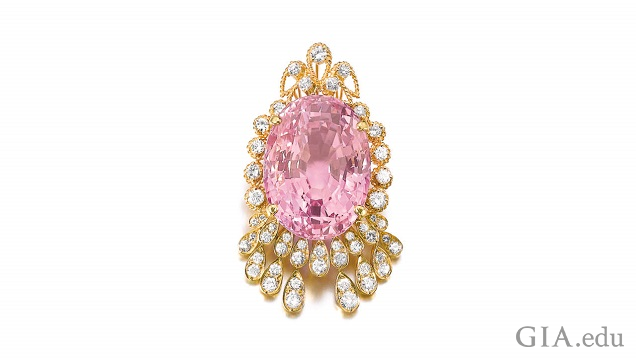 A 95.45 ct pink Ceylonese sapphire and diamond pendant sold for $2.3 million (£1.7 million) at Sotheby’s 15 May auction in Geneva. Photo courtesy of Sotheby’s.

Provenance, not size, was the defining characteristic of the most significant blue diamond of the season. The 6.16 ct Farnese Blue sold for $6.7 million (£5.1 million) at Sotheby’s Geneva 16 May auction, nearly doubling its pre-sale estimate. The diamond, graded Fancy Dark grey-blue by GIA, was from India’s famed Golconda Mine and was first given to Elisabeth Farnese, daughter of the Duke of Parma, in 1715 when she married Philippe V of Spain. The diamond was passed down through seven generations and, as Elisabeth and Phillippe’s descendants married into other European families, it travelled from Spain to France, Italy and Austria before going up for sale this year.

Fancy pink diamonds however, struggled this season, especially at the outset. At the same Sotheby’s New York sale, a 7 ct square-cut Fancy Intense pink diamond, estimated at $4.2 to $5.2 million (£3.2 million to £3.9 million), failed to find a buyer, as did a 7.37 ct Fancy Intense orangey pink emerald-cut diamond. 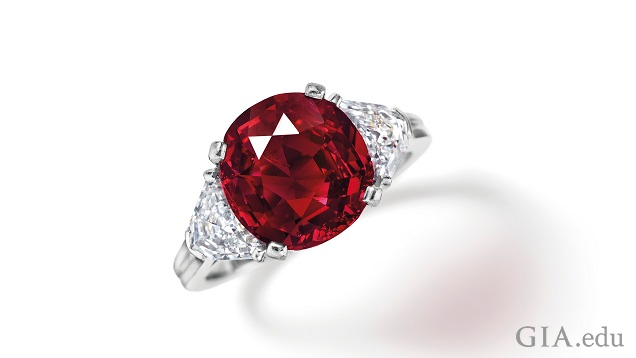 The 4.59 ct ruby, set by Tiffany & Co., which had come from the estate of the famed songwriter Irving Berlin, doubled its pre-sale estimate to sell for $1.15 million (£870,000) at Christie’s 12 June New York auction. Photo courtesy of Christie’s.

Two major rubies achieved strong prices. A 24.70 ct Burmese ruby sold for $11 million (£8 million) at Sotheby’s Hong Kong, while one of the most publicised lots from Christie’s 12 June New York sale was the 4.59 ct Berlin Ruby, a Burmese stone set by Tiffany and owned by the wife of the famed songwriter Irving Berlin. The gem doubled its pre-sale estimate to sell for $1.15 million (£860,000). Additionally, a 95.45 ct pink Ceylonese sapphire sold at Sotheby’s 15 May auction for $2.3 million (£1.7 million). 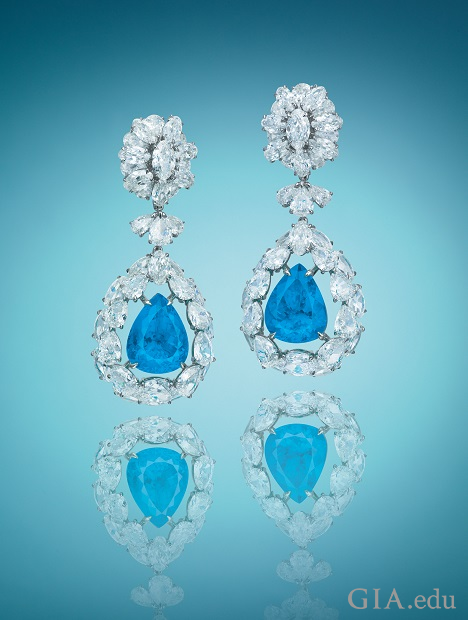 Other significant colourless diamonds sold, all graded by GIA, included: 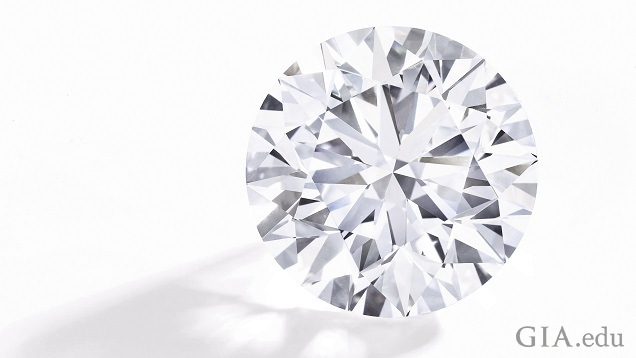 Despite the season’s slow beginning, Christies’ Chairman for Europe and Asia Francois Curiel noted that the “rare and beautiful continued to hold ground”. He added that the absence of large fancy coloured diamonds at auction this season was a sign of their rarity, not so much as a weakness in demand.

In addition to its regularly scheduled sales, Sotheby’s has begun a series of online auctions of loose diamonds in more commercial sizes. The auction house featured five diamonds of 1, 2, 3, 4 and 5 carats (3 round, one pear-shaped and one emerald-cut) over a two-week period starting on 14 June. It will hold another auction of loose diamonds in December. 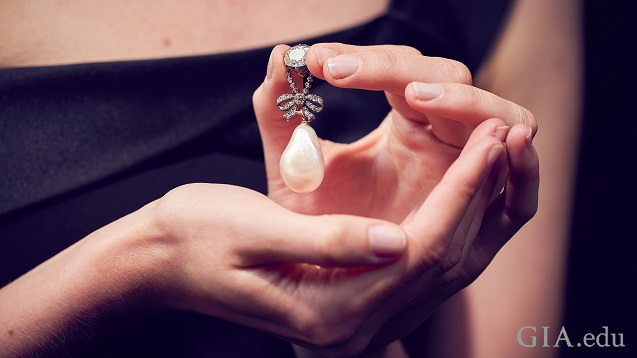 An 18th-century colourless diamond and natural pearl pendant that belonged to Marie Antoinette of France, estimated to sell for $1 to $2 million (£750,000 to £1.5 million), will be auctioned by Sotheby’s on 12 November in Geneva. Photo courtesy of Sotheby’s.

Jewels from one of history’s most legendary royals, Marie-Antoinette, will be a highlight of the autumn season. Sotheby’s will be selling her jewels, which include a large diamond necklace, a natural pearl necklace, and a diamond and pearl pendant, as part of the Royal Jewels of the Bourbon Parma Family sale on 12 November in Geneva.

Buyers may have been discerning, but more than $1.1 billion (£800 million) worth of extreme top-end diamonds, coloured gems and jewellery were sold at auction in 2017.

Big diamonds – really big ones – dominated the news in May, setting sales records for colourless and coloured beauties.

A report on how high-profile jewelry auctions have affected the gem and jewelry market.