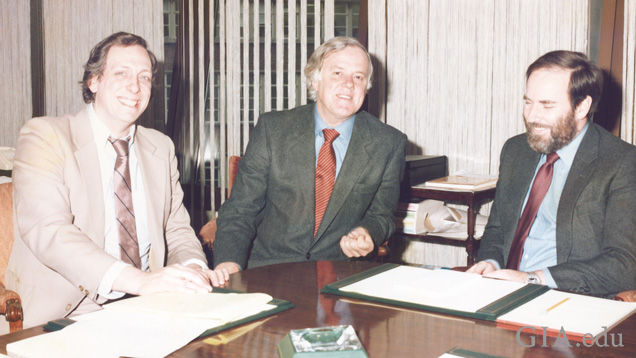 On a rainy spring morning exactly 40 years ago, I made my first visit to 47th Street to meet a venerable diamond dealer named Seymour Rosenthal. I was very early, being anxious, so I waited at Berger’s Deli with a coffee, and watched an unending parade of humanity of every race, creed and colour pass by, many stopping to show a stone to a prospective client or (as I learned later) put in some “asks".

At my appointment, I mentioned this scene to Mr Rosenthal, who was then head of the Diamond Trade Association, and he told me “… all that matters is to be honest and have the right stone at the right price”. I told myself straight away that I was going to love this industry.

And I have. And the people in it.

He also told me that this industry was like a big family — it has it spats and we compete fiercely, but when it counts, we all pull together. I experienced this not long afterwards when I was visiting a diamond office in Singapore and when the conversation finished, the dealer rose from his chair, waved his hand towards himself and said, “Come.”

I asked where to.

“Come take Shabbat with us.”

“You want me to come to your home?” 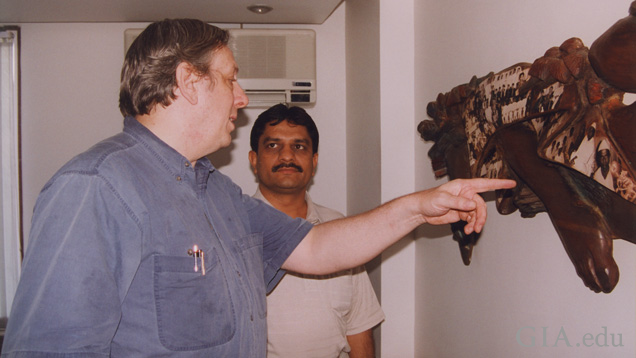 Russell Shor examines a frieze made from photos and materials from the ancestral home of Ashok Virani during a visit to his home in Surat, India on Brothers’ Day, 1997. Photo taken by Mark Boston and provided by Russell Shor/GIA.

And a few years after that, I found myself in Surat, India on “Brothers’ Day”, when most diamond offices close for the holiday. The owner of a diamond manufacturing operation came to the hotel where my colleague, a De Beers’ broker, and I were staying and took us to his home where his four brothers were waiting.

“You are like brothers,” he told us and made us feel like it for the rest of the day, even though we had not met very often before then.

Perhaps such incidents happen in other industries, but I like to think they are part of the special nature of our industry.

And, of course beyond the people, there are the gems themselves. I’ve been privileged to hold and examine the 910 carat (ct) diamond from Letseng; a 15 ct Kashmir sapphire with such a velvety blue glow it made the rest of the world seem dull by comparison; a large drop pearl worn by Queen Marie Antoinette; a 70 ct emerald that had been part of Catherine the Great’s jewels; the Fancy Deep blue Heart of Eternity diamond; a jade necklace whose intense green stopped me in my tracks at a crowded trade show — and so many others.

The amazing thing is that they are all beautiful accidents of nature — a convergence of random forces and materials that crystallised into magical forms. These are privileges no other livelihood can offer.

Of course, the gem and diamond industry has seen transformational changes in the years since I entered it. Mr Rosenthal still had an old diamond scale that balanced little brass weights on his desk when I met with him. The digital revolution had just begun.

To review the changes that have enveloped the diamond and gem industry in the past 40 years would be too space-consuming and superfluous — we hear every day how the Internet has changed everything and is still changing things; how women have taken their rightful place in business life, but there’s still a way to go; how corporate responsibility and ethical sourcing are gaining ground, though perhaps too slowly for some; and the end of De Beers’ rule of the diamond trade. 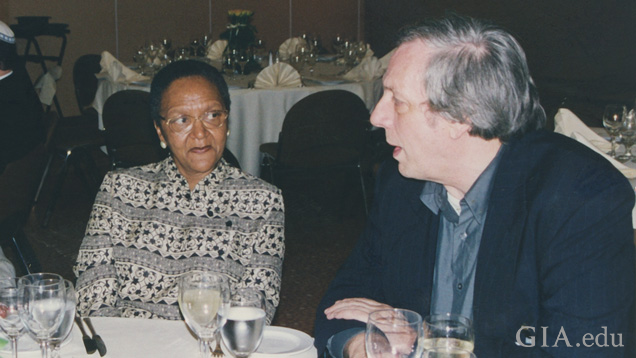 No matter what you might thing about the “old” De Beers, it maintained order in the market that kept diamond businesses from going too far off the path. Unfortunately in the past decade, a number of diamond firms have abandoned the best practice principles that made the trade work for many years. Now the entire trade is suffering from their transgressions, especially inflating their creditworthiness, after huge defaults prompted the major banks to pick up and leave.

Looking forward, there are some serious headwinds facing the diamond industry. China has seen a lot of growth, but it is not the omnivorous panacea predicted by Bain & Co. early in the previous decade. And the financial challenges facing millennials — rising housing costs, medical care and debt — will consume their discretionary incomes in ever-increasing amounts.

In such a stressed economic environment, laboratory-grown diamonds may look ever more attractive to some buyers who are still fascinated by the beauty of their fire and brilliance. Diamond mining companies, in cooperation with their clients, are addressing this by developing the fascinating stories that appeal to millennial consumers. They hope this will put natural diamonds higher on their priority list.

There have been attempts by some diamond dealers to tweak the growth process to make them more “natural” looking, then “testing” to see if gemmological laboratories can catch them. Fortunately, because of the considerable resources GIA devotes to research and the expertise of the its staff, the Institute keeps ahead of such attempts and continues to be able to definitively recognise all laboratory-grown diamonds and known treatments. 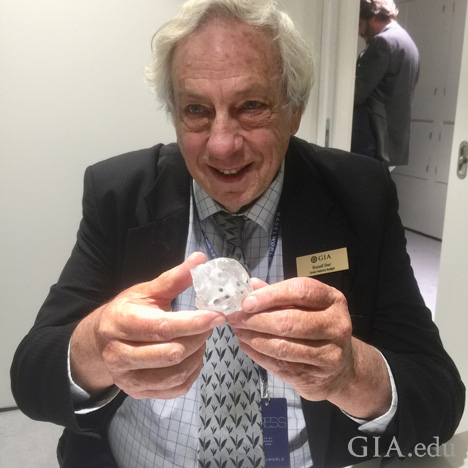 I’ve been proud and privileged to have been able to tell our industry’s story for 40 years and I believe it still has many good ones to tell. I hope to stay around for a bit to tell a few more and to play with a few more treasures.

One thing I hope never changes: the warm welcome for anyone who is ethical and has the right stones at the right price.