Rebecca Buys, a GIA Graduate Gemologist and a senior member of the National Association of Jewelry Appraisers, says she’s never happier than when a client brings in a special designer piece for identification and valuation.

“Recently, a client and her 95-year-old mother brought a parcel of jewels that her mother, a French woman, was passing on to her,” she says. “The American-born daughter had little knowledge or appreciation for the items. As I gazed in wonder at some of the pieces, the mother began telling stories in her thick, delightful French accent of how she acquired signed, vintage designer jewellery from Mauboussin and Van Cleef & Arpels. She spoke of the Palace Vendome, and shopping for jewels with her beloved in the 1930s and 1940s.”

For Buys, jewellery “tells a story of romance and love”, and that story goes back decades for the appraiser-designer, who has been captivated by rocks, minerals, gems and jewellery for as long as she can remember.

People find me in the weirdest ways. I call it magic – I always seem to have lots of work… I enjoy the people I meet and love to hear the stories of their precious items.

Buys grew up in Ohio and remembers exploring the area around her home − and discovering a new passion.

“As a child of the ‘50s, I was allowed to freely roam the gorge and falls near our home,” she says, noting that there was a nearby cave with Native American paintings, as well as a tribal burial site. “It was a pristine place where I discovered artefacts and coloured rocks, and the fact that rocks came in colours fascinated me.”

Buys became a budding rock collector, spending her pocket money on a children’s collector set. As she grew and the family moved to San Diego, her interest expanded to include jewellery and beads, and her explorations reached a little further, and away from home – frequently on trips to San Francisco and Santa Cruz to find “cool and unusual” beads and findings to make into earrings. Though Buys wanted to pursue a career in the arts, her parents encouraged her to pursue what they considered a more practical path.

“So I became a business major and worked as a legal secretary in central Los Angeles just after college,” she says of her life in the late 1970s. “Until I decided to become a hippie and follow my spiritual quest.”

Following that quest would lead her to many places – connecting with a spiritual guru in Southern California, embracing a brief apprenticeship with a like-minded goldsmith-designer in Big Sur, and finally, moving to Pune, India for four months to live and study in an ashram.

“While in India, I discovered faceted, colourful gemstones, and they were plentiful and inexpensive,” she says. Buys returned to Southern California to care for her ailing mother, and brought the gems with her. She found a goldsmith to set them, and began to sell her designs. 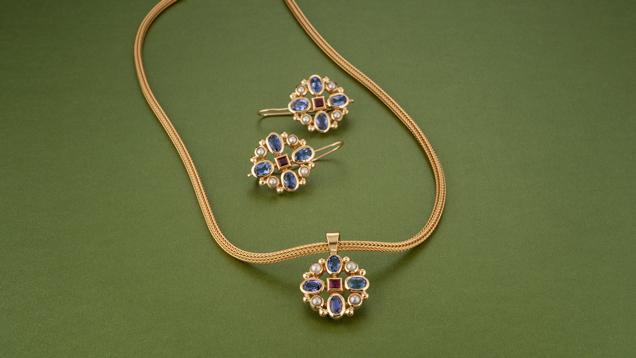 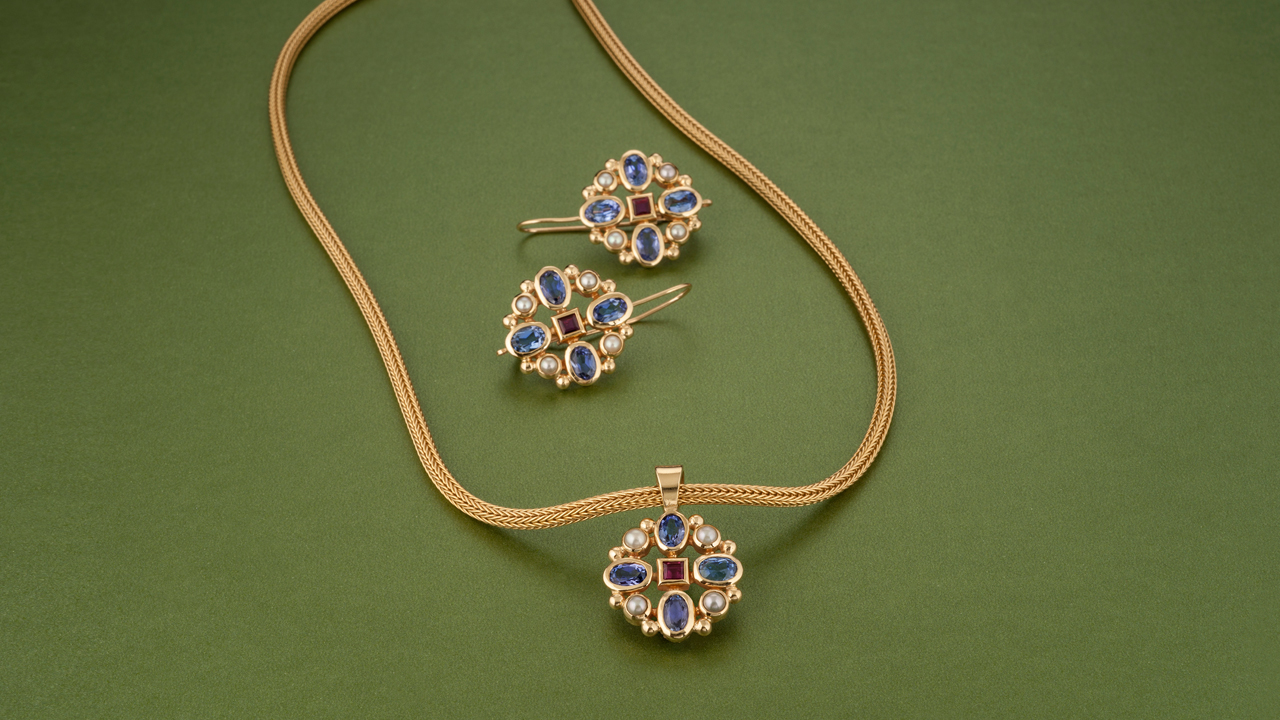 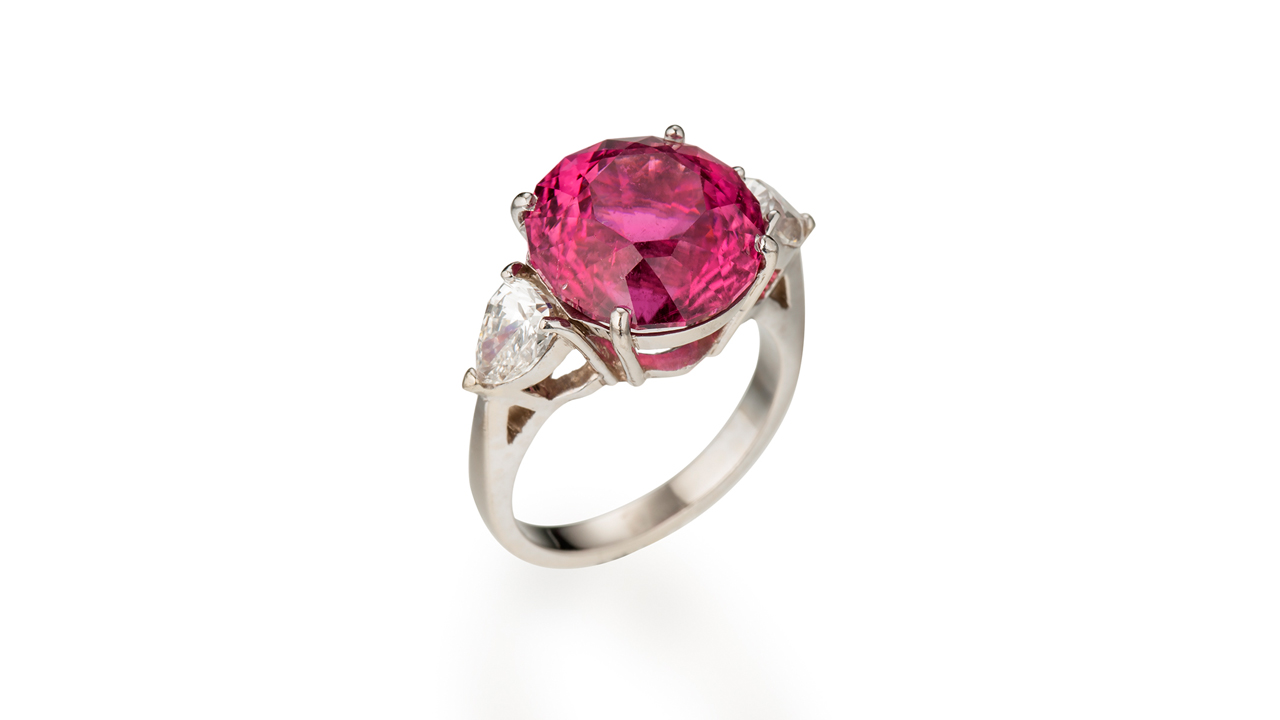 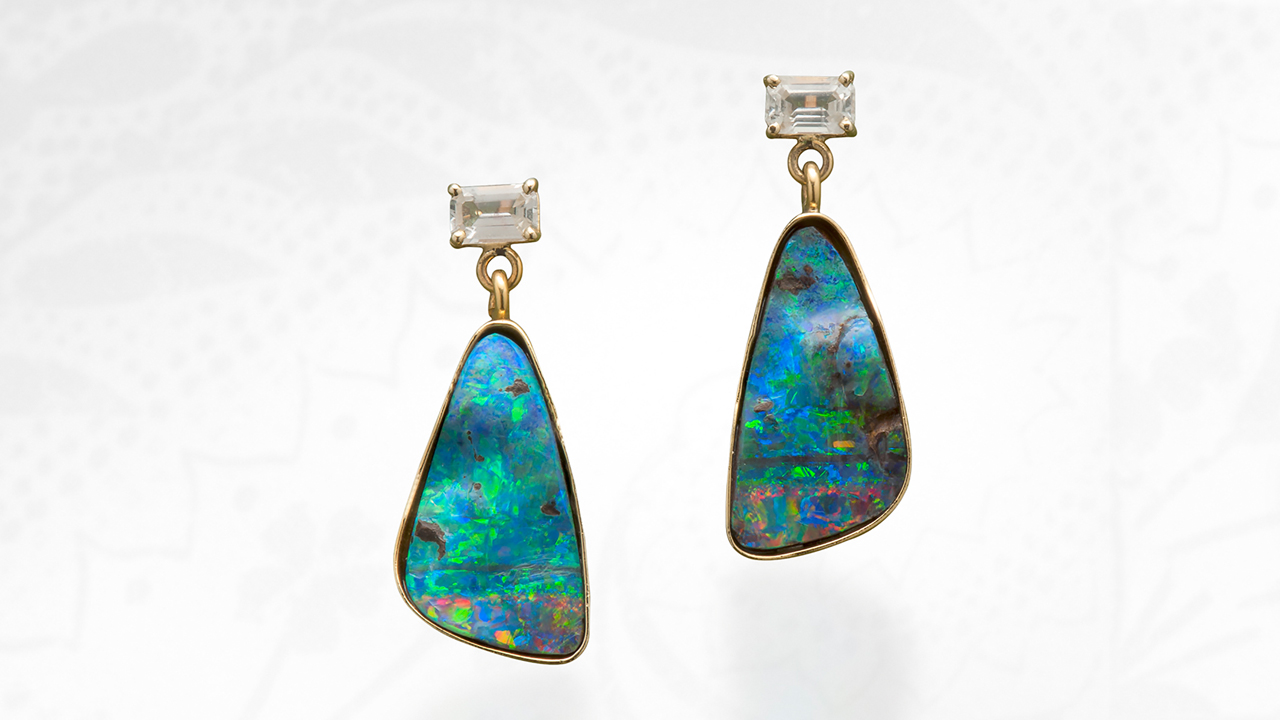 Eventually, Buys partnered with a coloured stone dealer and opened a retail store, Charles & Co., in the heart of central Encinitas, a seaside enclave in north San Diego County. She often travelled to the Tucson gem and mineral shows and to coloured-stone markets in Thailand.

“We had a healthy stock of rubies, sapphires of all colours, tourmalines, opals and tanzanite. While our strength was in our coloured gemstone stocks, we were rapidly expanding in diamond sales. I didn't know much about selling diamonds, and heard about GIA from colleagues and dealers,” she says. “I took the diamond grading class at the Santa Monica campus and received my Diamond ID and Grading certificate in 1985.”

Buys and her partner successfully ran their store for nearly 20 years, but when they sold it in 2000 she was ready for a change.

“I didn’t believe I could have a successful career on my own,” she explains. “I thought I would leave the industry and do something else. I knew I loved it, but wasn’t sure how to make it work.”

It turned out that Buys’ customers weren’t ready to see her go. “Clients kept finding me,” she says. They were seeking her design and repair services, and though Buys knew she didn’t want to open another retail store, she began to think about how to branch out on her own.

She decided the first step was to come back to GIA and worked on her GG from 2002-2005 through Distance Education and lab classes in Carlsbad.

“It took me nearly 20 years to complete my GIA education,” she says. “Being at the new campus was such an inspiration. I had a good knowledge of coloured stones, but what I learned at GIA took it to a different level. Much of what I thought I knew was improved with my GIA education.” 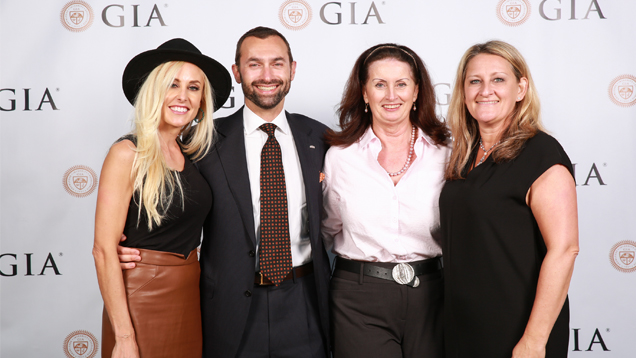 Buys, who says she felt “empowered” with new confidence, began attending GIA Alumni Association events to meet fellow professionals who gladly exchanged ideas and contacts. As her network and knowledge increased, she noticed that the San Diego Alumni Association chapter was struggling to plan activities and pull together a leadership board.

“I felt like it was essential for San Diego to have a thriving, active chapter, so I volunteered to step in as temporary president,” she says. “Several years later, I’m still president! We have an active membership and our board is coming together nicely. We also have numerous volunteers and host exciting speakers nearly every other month. There are plenty of excellent opportunities for mentorship and networking.”

Earning her AJP and GG diplomas also made it possible for Buys to join the National Association of Jewelry Appraisers, which launched the next phase of her career.

“I knew I liked the research aspects of determining an item’s worth,” she says. “It was a good way to utilise my education, experience and knowledge outside of the retail environment.”

Buys – who doesn’t advertise or have a studio open to the public, and operates under the name Rebecca Young Designs – says her custom design and appraisal clients mostly find her through word of mouth and referrals from local jewellers.

“People find me in the weirdest ways,” she says. “I call it magic – I always seem to have lots of work, it always comes. I enjoy the people I meet and love to hear the stories of their precious items. It’s a privilege to be trusted to accurately identify, educate and evaluate their treasures.”

Recently she has also found herself working more on large estate jewellery parcels for attorneys, banks and executors, and finds those large assignments rewarding, too.

“I have a deeper knowledge and understanding that if you follow your passion – do what you really love – a way to succeed will always be presented,” says Buys, who recently learnt to ride motorcycles for the sake of adventure.

“If I had known then what I know now, I would have jumped in with less reserve and taken more risks,” she says. “I couldn’t have guessed it would be so fulfilling.”