The world’s only commercial source of ametrine is the Anahi mine in south-eastern Bolivia. Legend has it that a Spanish conquistador discovered the mine’s location in the 1600s and introduced the gem to Europeans when he presented several specimens to his queen. The mine had been given to him as a dowry when he married a native princess named Anahi. After that, the mine was lost for more than three centuries. Rediscovered in the 1960s, the mine’s ametrine began appearing on the market again during the 1970s. Today the mine, named Anahi for the legendary princess, also produces natural amethyst and citrine. 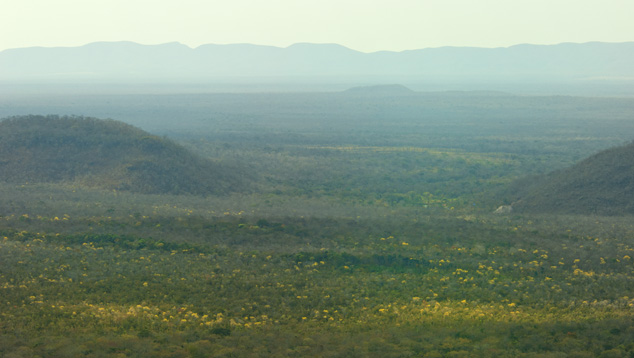 The mine, located near the centre of the photo, is barely visible through the foliage between the two mountains. Photo by Robert Weldon/GIA.
The mine area is remote. Travel to and from the mine is limited to a flight in a small airplane or by a combination of roads and boats. Some supplies and personnel travel to and from the mine by air. Supplies and mine production move by boat. It’s not hard to imagine why the mine’s location was lost for centuries. 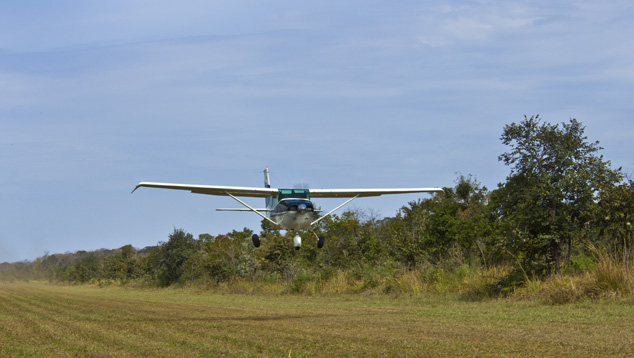 A clearing near the mine has space for only a small airplane. Photo by Robert Weldon/GIA. 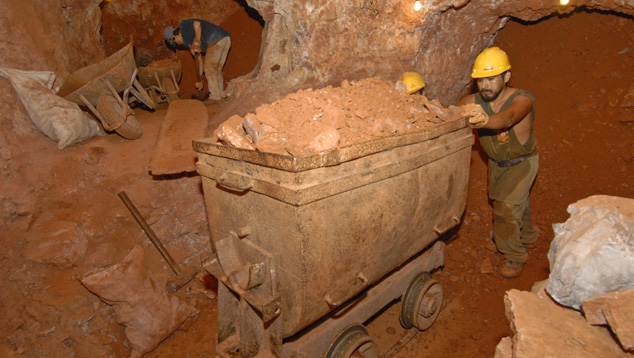 A miner pushes a cart full of waste material in the depths of Bolivia’s Anahi ametrine mine. Photo by Robert Weldon/GIA.